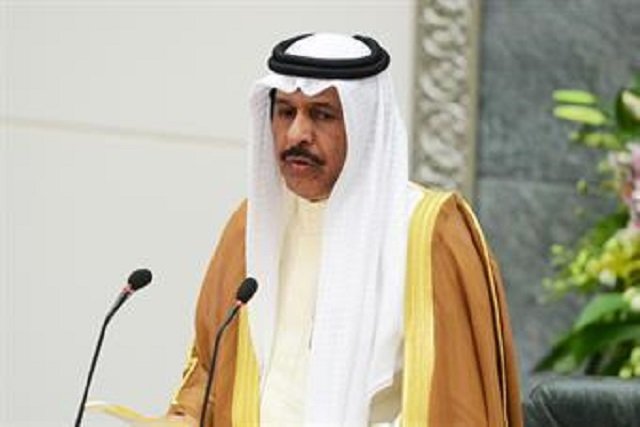 Kuwait Not Fooled by Iran

August 30, 2015 8:47 pm 0
Do You Feel Like Bill Murray in Groundhog Day?
Obama ignoring terror to please Iran
Why Do Liberal Muslims See Eye-to-Eye with Israel?

A senior Kuwaiti lawmaker on Sunday described Iran as the “true enemy” of Sunni-ruled Gulf Arab states, in a sign of growing tensions with the Shiite power.

Hamad al-Harashani, the head of the Kuwaiti parliament’s foreign relations committee, said in a statement:

“It has become clear to all that Iran is an enemy plotting to swallow up our states and resources and is the true enemy of the region,”

Kuwait not fooled by Iran and its terror proxies.

It was the strongest Kuwaiti criticism in years of Iran, with which Kuwait has traditionally had better ties than its fellow Gulf Arab states.

Harashani singled out an apparent bomb attack Friday in Bahrain as “yet further evidence of Iran’s aggression” in the region.

The blast killed a policeman and wounded seven people, with Bahraini officials saying explosives used in the attack were similar to material seized by authorities last month which “came from Iran.”

“Iran is seeking to spread chaos and undermine the ruling regimes” in the region, Harashani said, calling on Gulf states to boost security coordination. Certainly, Kuwait not fooled by Iran or its Mullahs.

Kuwait and Iran were on relatively good terms for years until the Gulf state this month broke up a “terrorist cell” and seized large quantities of weapons and explosives.

Local media reported that the cell belonged to pro-Iranian Lebanese group Hizbullah. There has been no official confirmation of the claim.

A decades-old row between Kuwait and Iran over the disputed offshore Dorra gas field then resurfaced last week.

The move followed a report by the National Iranian Oil Company (NIOC) about investment possibilities in the Islamic republic, which “covered areas located near the Kuwaiti oilfield,” the KUNA news agency said.

Kuwait Not Fooled by Iran