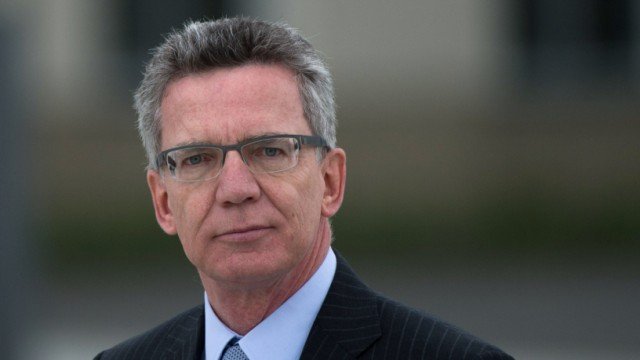 September 13, 2015 10:55 am 0
On Syria: Germany stands out, stands up
Muslim Populations in Europe: The Sharia Invasion
Russia stoking refugee unrest in Germany to topple Angela Merkel

When every imbecile in the world and their cousins are calling to defeat ISIS, but not the Assad regime, the root evil cause of ISIS and the Syrian refugee problem (Ben Rhodes, are you reading this?), Germany calls it correctly.

Germany’s Interior Minister Thomas de Maiziere said Sunday Europe should stop looking on helplessly as “murder” rages on in Syria, as he called on the bloc to review its strategy on the conflict.

“The fight against the Syrian dictator Assad and the so-called Islamic State has not been carried out with the necessary determination. We should not simply look on as murder takes place.”

Europe “needs a strategy that is not restricted from the outset to diplomacy,” de Maiziere said, although his reply was “no” when asked if he thought the bloc should send in ground troops.

More than 300,000 people have been killed in Syria and millions forced to flee their homes since the conflict began, with Assad’s government losing increasingly large parts of the territory to rebels or jihadist forces like the Army of Conquest.

The regime has relied for support on a few staunch allies, particularly Russia and Iran.

As Germany calls it correctly, so did the British and the French.

Germany calls it correctly because the United States has been absent when it comes to the killing of civilians in Syria. Obama refuses to establish protective No-Fly Zones and he even refused to welcome more than 1,600 Syrian refugees until the tragic death of Aylan Kurdi.

As far as many Syrians and Syrian-Americans are concerned, Obama, McDonough, Rice, Dempsey, Rhodes, and Jarrett are all accomplice in the crimes against the Syrian people for ignoring Assad and his crimes against humanity just to please a bunch of Iranium terrorist Mullahs.

The sad and dangerous legacy of Barack Obama.

Acrobatic Putin is Testing Western Resolve
Global March to Jerusalem? How About One to the Ruins of Homs Ayatollah Khameini?
Germany’s Largesse to Help Syrian Refugees
Syria News 1213 Syrian Revolution 1335