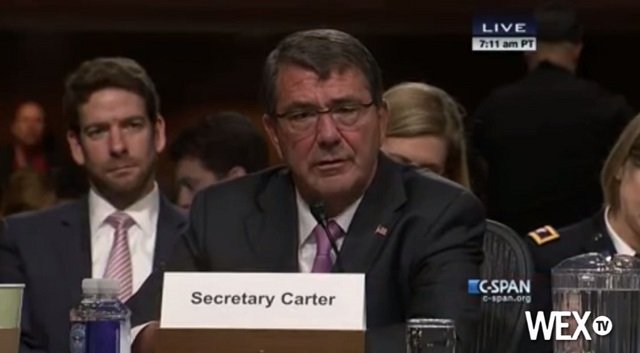 The McCain-Carter Exchange that Stripped Obama of His Clothes

Every now and then, a political debate or exchange tells far more than the thousand words of an image.

The exchange that took place between Senator John McCain (R-Az), Chairman of the Senate Armed Committee, and newly appointed Secretary of Defense Ashton Carter was just one of those that told you the story of Obama’s failures as a U.S. President.

This president cannot even organize opposition to ISIS, let alone defeat any of our enemies.

The McCain-Carter exchange must have echoed around the world with muted snickering that highlighted how naive the Obama administration is. It stripped this Emperor of his clothes to stand naked before the world. And what an Emperor we voted for!

Just notice, in this McCain-Carter exchange (See video below), how the whole policy was not thought through properly. It seems that this White House just jumps at ideas without a vetting process and without answering the inevitable “What if …” questions any good administration is obligated to answer.

That or they think Syrians are stupid. Who has more eggs on their faces today? The 60 fighters or Barack Obama?

In less than two minutes, the McCain-Carter exchange exposed the Obama administration’s unholy weakness in deciding foreign policy matters. It seems the whole administration still thinks like an organizing committee where its priority is to decide how to organize a policy instead of establishing a solid one.

Truly pitiful. Truly sad that this great nation of ours has become the target of mockery by world leaders who surely must have chortled over this exchange exhibiting the infantile responses by officials of the Obama administration.

Watch the video below, then weep for America.

The McCain-Carter Exchange that Stripped Obama of His Clothes