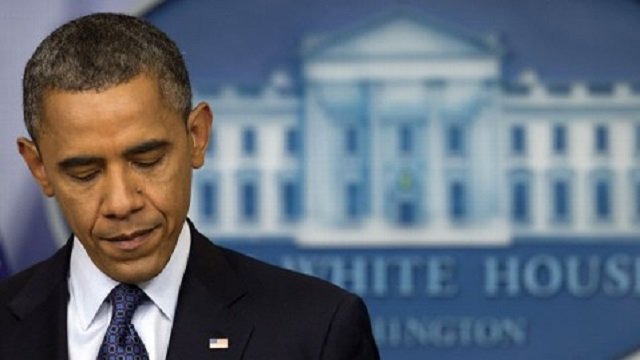 The Feared Catastrophic Success in Syria

The exchange was surreal. And when it was over, the Obama administration proved once again that all of its pronouncements, protestations, and promises regarding the slow death of Syria could be summarized in two words: unadulterated mendacity. The scene: The Senate Armed Services Committee’s room. The protagonists: defense secretary Ashton Carter and Republican senator John McCain. The exchange between the consummate, banal bureaucrat Carter and the passionate (and clearly flustered) McCain took place after the secretary of defense matter-of-factly said that a year after its celebrated Train and Equip program to recruit 15,000 Syrian anti-Assad fighters over a three year period, the United States is currently training 60 rebels only. To which the incredulous senator McCain said ‘I’ve got to tell you after four years, Mr. Secretary, that’s not a very impressive number. And, is it true you are telling them they’re only there to fight ISIS and not Bashar Assad? Is that true?’ Carter’s cold answer:’ Yes. We are arming and training them in the first instance to go after ISIL, and not the Assad regime. That’s our priority’. But what would happen to the fighters when they find themselves at the receiving end of Assad’s barrels bombs, inquired McCain, well, said the bureaucrat ‘that decision will be faced when we introduce fighters into the field.’

The United States government wants to train and equip Syrian rebels to fight (and die) on its behalf against its own enemies, but not against the very regime that has been tormenting Syrians for decades and whose atrocities galvanized the opposition and attracted some of the worst fanatical Jihadists that are at the core of ISIS and al-Nusra. The U.S. is asking Syrians to stop pursuing their number one enemy, the Assad regime, and begin fighting America’s number one enemy, ISIS. Instead of developing a strategy that cultivates and relies on moderate political and armed groups, both nationalists and Islamists willing to take on ISIS and al-Nusra as well as the Assad regime, to restore Syria as a unitary civil state for all its social, religious and ethnic components, the U.S. is attempting to create a small force, according to impossible vetting standards that may be problematic in a more peaceful society, let alone a country that has been ravaged physically, morally, and politically for years, to do its bidding thus reviving memories of similar formations designed by the colonialist powers of yore. It is intriguing to say the least that the administration’s stringent vetting standards of Syrian opposition elements, are not applied when it comes to military coordination between the international coalition led by the U.S. with the Kurdish People’s Protection Units (YPG) an armed militia operating against ISIS in northern Syria and affiliated with the Kurdistan Workers Party (PKK) a group the U.S. government has designated years ago as a terrorist group. The same American standards don’t cross the borders of Iraq to be applied to the notoriously sectarian Shiite militias that are an integral part of the security forces of the government of Iraq.
Secretary Carter should have been asked: what do you think Assad would do, if and when the American sponsored, trained and equipped Syrian opposition groups take the battle to ISIS and al-Nusra? Will he stop throwing his barrel bombs against civilians? Will he be more amenable to stepping down? Or as recent history shows Assad will double down against his real enemies and in the process collaborate with ISIS? It should be clear by now that the Train and Equip program, the way it is conceived and implemented will end up a train-wreck, like most of Obama’s Syria decisions.

Meanwhile, the world in which Syrians barely live and frequently die got grimmer, with the announcement by the United Nations that the number of Syrian refugees has reached more than four million, half of them children, along with 7.6 million people displaced within Syria. All of this coinciding with the 20th anniversary of Europe’s worst massacre since the Holocaust when Serb troops killed 8000 Muslim men and boys in the Bosnian town of Srebrenica, an ugly reminder of the failure of that vague, brittle thing we call the ‘international community’ to protect civilians.

In their internal deliberations American officials use the expression ‘catastrophic success’ to describe the sudden collapse of the Assad regime at the hands of Islamist extremists antithetical to the U.S. be it the ‘Islamic State’ (ISIS), Jabhat al-Nusra or any coalition of such extremists. Such potential catastrophic success achieved by radical Islamists has been animating the Obama administration in recent months following a string of victories by Islamist groups. Last March CIA Director John Brennan warned that a sudden collapse of the Assad regime could lead to ‘Islamist extremists, including the Islamic State, Jabhat al-Nusra, and al-Qaeda elements within Syria to seize power from a collapsed regime’. He told an audience at the Council on Foreign Relations, ‘the last thing we want to do is allow them to march into Damascus.’ This fear was reiterated this week by the Chairman of the Joint Chiefs of Staff General Martin Dempsey, while testifying with Secretary Carter. General Dempsey said that the U.S. along with its allies in the region are planning for the possibility of a collapse of the Assad regime in Damascus, ‘or enclaving itself’ in the Alawite dominated coastal area, ‘which is to say, we don’t want this to be a foot race, if it occurs, between al Nusra and ISIL and all of these other groups converging on Damascus’. He added ‘I won’t sit here today and tell you that I have the answer to that, but I will tell you that we’re in consultations, even as I sit here with the Turks, the Israelis and the Jordanians about that scenario.’

If there is a catastrophe in the making in Syria, and time is running out very fast on the possibility of saving Syria from total unraveling, it is in part because the Obama administration never meant to deliver on its threats to punish the Syrian regime for its savage depredations, or on its promises to provide serious material support even for the ‘moderate’ Syrian opposition. President Obama, even when he was promising modest military support for the moderate rebels, never wanted a military victory by the opposition. Not even the catastrophic chemical attacks the regime waged against the Ghouta suburbs of Damascus in August 2013, killing more than 1400 civilians, were outrageous enough to warrant acting on President Obama’s own threats against the Assad regime.

Over the last few months, a number of government sources confirmed that concern over violent Iranian reaction against the U.S interests and personnel in Iraq was one of the reasons U.S. warplanes have not bombed Assad’s installations. However, the same sources point out to a more significant reason for Washington’s reluctance to hit the Syrian regime, and that is President Obama’s significant political investment in the success of the P+5 nuclear talks with Iran. Hitting Assad’s military installations would alienate Iran and more importantly could lead to the collapse of the talks, went the thinking of the administration.

More than four years after the beginning of the Syrian uprising against the tyrannical Assad regime, and the Obama administration continues to frame the Syrian crisis in a maddening mendacious way. Even when the uprising was peaceful and represented a great opportunity for President Obama to act on his demand of Assad in August 2011 to step down, an objective that would have defanged Iran’s regional mischief by removing its linchpin in Damascus and crippling its Hezbollah proxy in Lebanon, he opted to believe the naïve counsel of his aides that the winds of the Arab uprisings will sweep Assad just as they swept the Tunisian and Egyptian presidents Zine El Abidine Ben Ali and Hosni Mubarak before. Later on, anyone calling on the President to exercise a more assertive role in Syria was falsely painted as someone calling for military intervention, or advocating taking sides in somebody else’s civil war, or worst still calling for the occupation of Syria.

The only thing we have to fear is fear itself

Listening to U.S. officials describing the effects of the potential ‘catastrophic success’ of the Islamists against the Assad regime, one would think that there is an unstoppable Juggernaut on its way to overwhelm Damascus and spell the end of the Assad dynasty, and accelerate the unraveling of Syria. There is no denying the tactical and significant military achievements of the Syrian opposition groups, mainly the Islamists in the last few months, still no single rebel force (nationalist, Islamists or Kurdish) is capable of dislodging Assad from Damascus. Syria is so fragmented today that it is impossible even for a coalition of forces to exercise its writ in all of Syria.

The Obama administration is whipping the fear of ISIS and al-Nusra to get its hitherto bickering allies in the region, Turkey, Saudi Arabia, Jordan, and Qatar in line, and nudging them to greater cooperation to stem the flow of foreign terrorists to Syria and Iraq, and to dry up the sources of funding for ISIS. More importantly, the Obama administration is using the growing influence and military experience of groups like ISIS and al-Nusra to try to convince Russia and Iran to review their long-standing policies of support for the Assad regime. Last May Secretary of State John Kerry visited Russia for the first time in two years to discuss Syria with President Vladimir Putin. In June Saudi Arabia’s Deputy Crown Prince and Minister of Defense Mohammed Bin Salman visited Russia and held talks with Putin to discuss Syria among other issues. Last week Syria’s foreign minister Walid al-Moualem met President Putin, and it was significant that Russia’s foreign ministry issued a statement in which Putin reminded al-Moualem that Russia has good relations with Turkey, Jordan and Saudi Arabia and that these countries are committed to ‘fighting the evil that is the Islamic State’. Putin urged his Syrian visitor very strongly to establish ‘constructive dialogue’ with these states.

Some U.S. analysts believe that the Obama administration is trying to lean on Russia so that Moscow in turn could lean on Iran to take a fresh look at the Syrian war in the light of the recent battlefield successes of ISIS and al-Nusra and explore the possibility of sacrificing Assad and his cohorts, in the hope of preserving a role in influencing the transition towards a new political order without Assad. The argument to the Iranian goes like this: ‘You may be able to save Assad, but that means that you have to send your own troops, to engage in a protracted fight, because there limits to what Hezbollah can do to prop up the regime in Syria. Or you can collaborate with Russia and the U.S. to shape the transition.’ It is difficult to see Iran accepting such an offer, but the fact that it is being discussed is an indication of the shifting military ground in Syria.

The fact remains that absence a significant initiative involving all the major players, and absence a major shift in Iran’s position, the unraveling of Syria will continue to accelerate and reach the point where saving Syria as a unitary state will become impossible.

The Feared Catastrophic Success in Syria