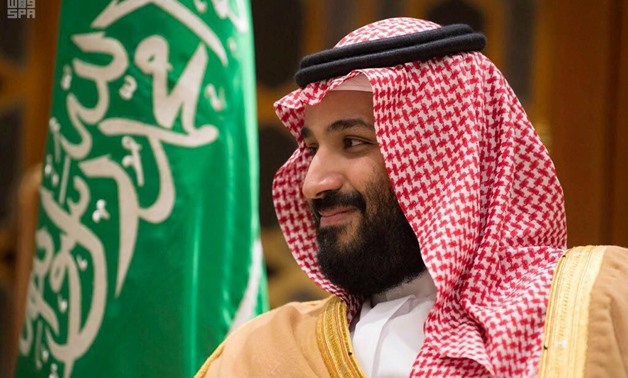 January 23, 2020 3:45 am 0
A Shameful History of UAE Detaining and Torturing People
Who Said the Arab Spring is Over?
Mohammad bin Salman Future is a Noose

The little fart Mohammad bin Salman (MbS) is even a worse animal than you think. Two United Nations human rights experts exposed the shakedown artist sinister deeds against Jeff Bezos, Amazon’s founder. Simply because he owns the Washington Post and the little far wanted to blackmail him. Indirectly.

The cellphone of Amazon founder and Washington Post owner Jeff Bezos was hacked in what appeared to be an attempt by Saudi Arabia’s crown prince to “influence, if not silence” the newspaper’s reporting on the kingdom, two U.N. human rights experts said Wednesday.

The U.N. experts called for an “immediate investigation” by the United States into a report commissioned by Bezos that showed the billionaire technology mogul’s phone was likely hacked after he received an MP4 video file sent from Crown Prince Mohammed bin Salman’s WhatsApp account after the two men exchanged phone numbers during a dinner in Los Angeles in 2018.

The video file was sent to Bezos’ phone five months before Saudi critic and Washington Post columnist Jamal Khashoggi was killed by Saudi government agents inside the Saudi consulate in Turkey in October. At the time, the crown prince was being widely hailed for ushering in major social reforms to the kingdom, but Khashoggi was writing columns in the Post that highlighted the darker side of Prince Mohammed’s simultaneous clampdown on dissent.

The little fart prince who is the de facto king of Saudi Arabia, mostly a desert country of oil, goats, and camels, depends on U.S. protection. Without the United States Iran would have swallowed MbS and his country whole.

“If any leader or businessman has provided Mohammad bin Salman their phone numbers, hurry and ditch it into the ocean. The little fart may have hacked it already just for the pleasure of it.”

So what does this little fart do? Not only he kills and dismembers a Saudi journalist who writes for the Washington Post, but he hacks into Jeff Bezos phone. In violation of his privacy and the norms governing civilized behavior. If any leader or businessman has provided Mohammad bin Salman their phone numbers, hurry and ditch it into the ocean. The little fart may have hacked it already just for the pleasure of it.

Should the U.S. Secret Service check the President, Ivanka and Jared phones? You bet they should.

From all indications, the only person in the United States who support the little fart is President Donald Trump. MbS has made more enemies in the last few years across the world than any other leader. Mostly because of his neanderthal behavior against those who oppose him. Congress has several resolutions, either voted for, or about to vote for that calls Mohammad bin Salman for what he really is: A little fart playing in the big boys league.

Trump is so far protecting Mohammad bin Salman for personal reasons. Maybe because he is standing up to Iran (Good thing); or maybe because the President expects to get richer doing business in Saudi Arabia. Either way, after the President leaves the White House, Mohammad bin Salman’s tenure will be precarious at best. No matter how tightly he controls the internal security forces. One nod from the U.S. to abandon the little fart, and they will all line up like little boys. Just waiting for their candy.

Why does the President let the little fart get away with literal murder? It’s anybody’s guess. But be assured that Mohammad bin Salman is a blimp in the annals of history. His disappearance will be so fast, no one will remember his name few years from now.

Syrian-American Stands Accused of Terrorism on US Soil
Normalization Gets Israel Peace But What Do Arabs Get?
Mohammad bin Salman Future is a Noose
Gulf Sick Predators 18 Opinions 1017 Vile MbS 33