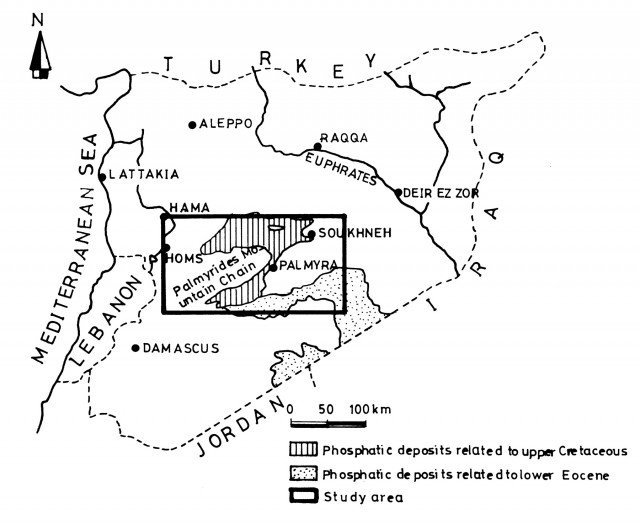 The Assad Regime is Utterly Depleted of All Resources

As if military losses are not enough, recent information coming from Syria reveal that the Assad regime is utterly depleted of all of its oil and mineral resources.

With most of its natural and mineral resources having fallen under rebel control, Syrian state revenues have shrunk, leaving the government dependent on unstable sources of income for its survival.

Four years of conflict have decimated the state coffers. It is safe to say the Assad regime is utterly depleted of most of its past resources it can no longer rely upon.

Now the government’s only revenues are drawn from dwindling customs and income taxes, heavily bolstered by lines of credit from key regime backer Iran.

With the rise of the Islamic State (IS) jihadist group, the regime has also lost control over swathes of vital resources — with two phosphate mines among its most recent losses.

According to local activists, IS last weekend seized Sharqiya and Khneifess, 50 kilometres (30 miles) southwest of the ancient city of Palmyra in central Syria.

Both sites were run by the state and accounted for much of the regime’s last remaining exports.

Before the war broke out in 2011, Syria was the fifth largest phosphate exporter in the world, mainly selling to Lebanon, Romania and Greece. Today the Assad regime is utterly depleted of access to phosphate.

In the first quarter of 2015, Syria sold 408,000 tons of phosphate in total, on the domestic market and abroad, according to the oil ministry.

Sales raised $39 million, with exports accounting for all but $4 million.

Already this year’s exports have less than halved from the 988,000 tons sold in the first three months of 2011 that brought in $63 million for the government.

But with the loss of Sharqiya and Khneifess, prospects are dim for a government which projected income of $160 million in 2015 phosphate sales.

“For the state, whose resources are being depleted, it’s a net loss. In the current situation, any returns are important,” said Jihad Yazigi, who runs Syria Report, an economic weekly.

Syria’s oil resources are not faring much better.

The regime had relied heavily on oil revenues, which brought in $3.8 billion in 2011, around a quarter of total state income.

But output took a drastic hit in 2011 when the European Union imposed an oil embargo to sanction the regime’s brutal repression of anti-government protests.

The cash-strapped government has since lost control of a string of oil fields to IS militants.

In 2013, IS seized all the fields in the oil-rich eastern province of Deir Ezzor, generating funds for its operations.

According to Syria Report, IS seized yet another oil field from the regime last week — Jazal, which produced 2,500 bpd.

So far, natural gas fields have been the least affected by IS’s rampage through Syria.

But the figure does not take into account the loss of Arak and Al-Hail, two fields in central Syria that IS overran earlier this month.

“Even if Syria had never exported its gas, it would still be crucial for electricity generation. Losing gas fields is a terrible blow to an already devastated economy,” Yazigi said.

Before its complex and multi-front conflict broke out four years ago, Syria was a key exporter of agricultural products, textiles and leather, medicine, flowers and ceramic goods.

With export markets drying up, Syria has grown increasingly reliant on income taxes and customs, which brought in around $550 million in 2014, an official told Agence France Presse. With such low income, it is safe to say the Assad regime is utterly depleted and bankrupt.

And Iran’s credit lines, which have provided at least $4.6 billion to President Bashar al-Assad’s regime, are part of a shrinking network of crucial but unstable revenue sources.

The Assad Regime is Utterly Depleted of All Resources

Is Bush Bringing Democracy to the Middle East? A Debate on U.S. Foreign Policy in Lebanon, Syria, Iraq, Egypt and More
Bolton New Iran Policy Will Defang the Ayatollah Terrorists
Another Clear Sign Assad is Getting Desperate to Hold on in Syria
Syria News 1213 Syrian Revolution 1335