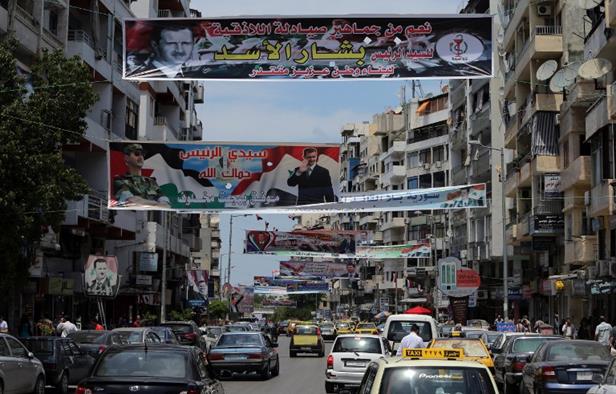 RPS Note: It is not enough for the Assad Alawites in power to gas and kill Sunnis, now they have set their sight on attacking the Druze peaceful minority. The Assad Alawites are brute savages Syrian laws will have to deal with them sooner than later. The Syrian Revolution is the ultimate sacrifice of so many to see  justice prevail.

Druze youths studying at a Latakia university were severely beaten in a sectarian attack reportedly spurred by Druze opposition to the regime’s mandatory military service.

“A number of Suweida youth were severely beaten by a group of attackers calling themselves the ‘Shabiha of the Coast’,” the pro-opposition Siraj Press reported Friday.

“The [assailants] attacked the Druze with sticks and knives and dragged a number of them through the courtyard of the institute,” Aksalser cited eyewitnesses as saying.

Siraj Press, in turn, said that the “Shabiha of the Coast” also “stalked a number of [Druze] students and severely beat them inside their dorm rooms.”

According to All4Syria, the assaulted Druze students were transferred to local hospitals for treatment of fractures and bruises as a result of the attack.

The opposition outlets all cited activists as saying that the attack was prompted by the opposition of Druze residents in Suweida to compulsory service in the Syrian army.

Druze youths in southern Syria have protested against the regime’s military conscription efforts in recent weeks, as Damascus works to pool new recruits amid manpower shortages as rebels press victories against the government.

While the Druze-populated areas of southern Syria are under regime control, residents of the region have generally maintained an autonomous attitude against not only Islamist rebels but also regime efforts to enlist Druze locals to fight in far-off areas of the country.

In the early stages of the civil war in 2012, only 450 of 8000 eligible youths enrolled in the Syrian military, according to the Institute for the Study of War.

A defected Syrian Druze general told Syria Direct in March that Druze do “not exist as a cog in the regime machine.”

Druze sheikh speaks out on attack

An influential Druze sheikh known for his recent stances against the Syrian regime spoke out on the attack in Latakia, calling for cooler heads to prevail.

“We ask [Suweida’s Druze] to give a chance to those who have expressed their willingness to resolve the problem that occurred at the Technical Institute of Veterinary Students in Latakia in hope they will uphold their promise,” Sheikh Waheed Balaous wrote on his Facebook page.

He also rejected a call for a protest in front of the governorate headquarters in Suweida, saying “this is not our demand, and we are not interested in it at all.”

“We hope to see action… to treat the issue in a non-sectarian manner.”