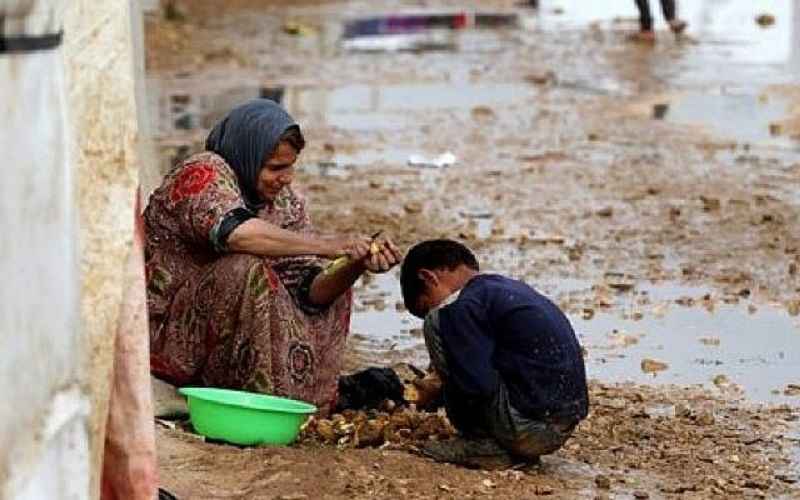 Aid to Syria is Channeled Through Asma al-Assad

June 30, 2020 6:53 am 0
Islamic State Ambushes Assad Fighters Near Palmyra
Assad Inventions Coming Back to Haunt Him
It Took US Congress Almost 10 Years to Come After Assad

The United Nations pushed governments at a virtual conference on Tuesday for nearly $10 billion in aid for Syria, where nine years of war has displaced millions in a humanitarian crisis exacerbated by soaring food prices and the coronavirus crisis. However, the Assad regime blocks all aid unless it controls the recipients. In fact, aid to Syria is channeled through Asma al-Assad foundation.

The U.N., which last year raised $7 billion, said this year it needs $3.8 billion for aid inside Syria where 11 million people require help and protection, with more than 9.3 million of them lacking adequate food. Another $6.04 billion is sought to help the 6.6 million Syrians who have fled in the world’s biggest refugee crisis.

The now annual fund-raising round for Syria brought together 60 governments and non-official agencies via video in an event hosted by the European Union (EU) and due to end at 1600 GMT.

How will the $3.8 billion reach those in need and not land in the laps of corrupt officials inside Syria? Especially, Asma al-Assad known for her greed and high lifestyle. The donor countries must ask these tough questions considering how easy it is for Assad and his wife to appropriate the funds. Even if the U.N. has plans, the likelihood of success are small if one looks at the history of Assad controlling the flow of aid. Often that aid reaches Assad loyalists only.

We must do more to end the suffering of the Syrian people. First and foremost, we need a political solution to the crisis.

How about ending the suffering of the Syrian people by eliminating Assad Mr. Bordell? The whole world wants to help Syria, but not where it matters the most. By regime change in Syria.

Aid to Syria is Channeled Through Asma al-Assad