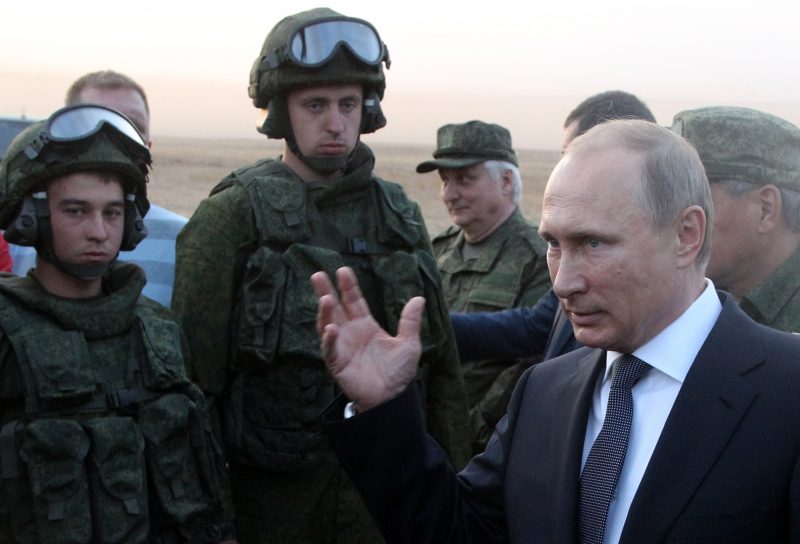 December 11, 2017 9:12 am 0
Everything Obama Does Points to One Obsession: Destroy Israel
Michel Aoun Hides His Corruption Behind His Christianity
Has Assad Turned on Iran OR Has Iran Fooled Obama?

This is the Fox News headline and the leading paragraphs from January of 2017 that gives us a clue to Putin fairy tale promises:

Russia steps up military presence in Syria, despite Putin promise

The officials said that Russia had deployed four additional attack aircraft to its coastal airbase in Syria earlier this week. One official said the jets had stopped in Iran to refuel before continuing on to Syria.

“[The Russians] say they are pulling out, but we have seen no evidence to support that. On the contrary, we have seen new things coming in,” said one official.

Here is the headline and a quote from Putin this morning from the BBC:

“I order the defence minister and the chief of the general staff to start withdrawing the Russian group of troops to their permanent bases,” Mr Putin said on Tuesday, according to the Russian RIA Novosti news agency.

“I have taken a decision: a significant part of the Russian troop contingent located in Syria is returning home to Russia,” he added.

The likely scenario is that Putin will beef up his military because the U.S. has declared its intentions to keep its forces in Syria in support of the groups it backed to defeat ISIS. If the U.S. leaves, Putin would go on another rampage of flesh and blood against those who saved Assad from his demise.

So why this announcement? Putin hopes it might trigger a debate in Washington as to why the U.S. remains in Syria when Putin is pulling out.

The nincompoop never understood America. This is why his man Paul Manafort is rotting in a jail cell.