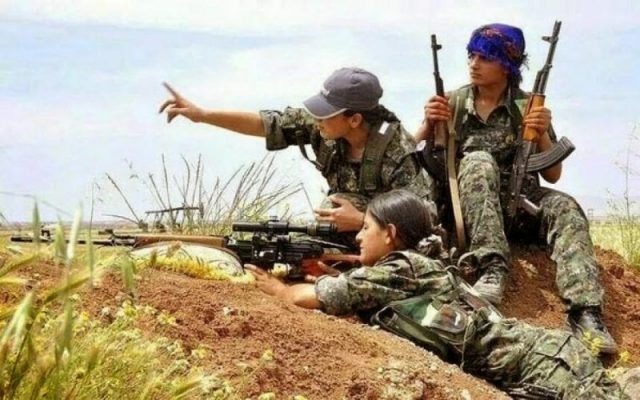 Next for Putin? Targeting Kurdish Fighters in Syria

The Kremlin announced on Saturday, in a new year’s greeting call to the butcher of Damascus Baschar al-Assad, Russian President Vladimir Putin told him that Russia will continue supporting Syria’s efforts to defend its sovereignty. Next for Putin is targeting Kurdish fighters in Syria.

In between-the-lines lingo, this is Putin saying Russia will not allow the U.S. backed Kurdish fighters to establish Kurdish controlled territories inside Syria.

Putin stressed that Russia would “continue to render every assistance to Syria in the protection of state sovereignty, unity and territorial integrity, in the promotion of a political settlement process, as well as in efforts to restore the national economy,” the Kremlin said.

Earlier this month Putin ordered the Russian forces in Syria to start withdrawing from the country, but said Russia would keep its Hmeymim air base in Syria’s Latakia Province as well as its naval facility at Tartous “on a permanent basis”.

This Kremlin statement came in response to several made public statements by the Pentagon to the effect that U.S. Forces will remain in Syria past the ISIS defeat. Although the goal was left wide open, it is obvious from Putin’s new year greeting is that he believes America wants to see Assad removed eventually.

That concern was expressed by Sergei Lavrov, Russia’s Minister of Foreign affairs, when he said:

“There are a lot of questions to ask about the United States’ goals in Syria. U.S. Secretary of State Rex Tillerson has told me many times that their only goal is to defeat IS. [regime change] runs counter to the Geneva agreements and … assurances that the U.S.’s only goal in Syria is to fight terrorism.”

A second possibility exists for US troops to remain in Syria in support of the Kurdish aspirations for a country of their own. It could begin by the US granting the Kurds certain decentralized rights that would tiptoe them towards full independence in the future.

Russia first launched air strikes in Syria in September 2015 in its biggest Middle East intervention in decades, turning the tide of the conflict in Assad’s favor.

Next for Putin? Targeting Kurdish Fighters in Syria