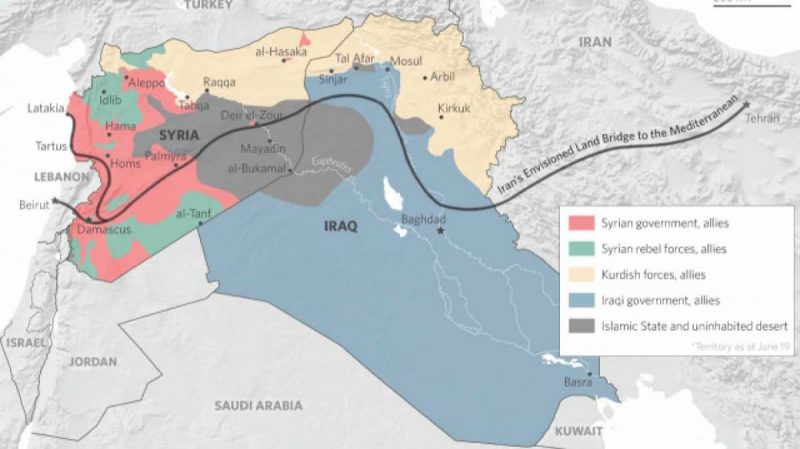 December 25, 2018 7:00 am 0
Incognito Suleiman al-Assad at the Four Seasons Hotel in Damascus
Syrians Are Caught Between Four Evils
Asma Assad is Free of Cancer, Her Husband is Free to Bomb Hospitals

The ISIS excuse fosters Syrian occupation and oppression by the various actors with a stake in Syria. Actors who flip between keeping Syria a Russian enclave, carving Syria for the Kurds, and building a Tehran-Beirut corridor.  Each party involved in Syria is fighting ISIS, except the U.S. has long decimated ISIS. Remnants of this terrorist organization are scattered, weak, and on the run.

The regime led by a criminal who butchered over 600,000 people claimed his goal is to kill the Islamists of ISIS as they began expanding in numbers. Little did the public know that Assad actually forged ISIS, sold them weapons, and gave them control of oil fields to persuade the West ISIS is his replacement and not the moderate Free Syrian Army (FSA).

Assad killing ISIS terrorists is tantamount to a Penguin eating his offspring.

Instead, Assad turned his weapons of terror, while forging ISIS, on the moderate forces in Syria to eliminate their threats as his alternative, and on the innocent civilians to punish them for seeking freedom from his oppression and torture dungeons.

In similar fashion, Vladimir Putin claimed he invaded Syria at the behest of an Assad invitation in order to … Kill ISIS. Instead, Putin also turned his guns on the moderate forces of the FSA Barack Obama refused to help to please Iran, and on the helpless civilians across Syria.

While Russia stabilized the Assad regime, it also inherited the Syria problem. A problem that will drain its treasury in the long-run as re-building the country becomes his problem. Putin tried and failed to pass that problem unto western power.

Instead of remunerating these four implicit goals, the Iranians claim they are occupying Syria to defeat the ISIS terrorists.

Even the prime minister of Iraq, Adel Abdul-Mahdi , announced few  days ago that Iraqi troops could deploy inside Syria with the aim of protecting against ISIS terrorists. Iraqi ISIS excuse hides a more sinister goal: To replace U.S. forces exiting Syria around the Tanf region to connect the Khamenei Tehran-Beirut corridor bridge the United States prevented from happening.

In other words, Donald Trump, like Barack Obama, is yielding to Iran and helping them achieve their goals.

For Reccep Erdogan, Turkey’s strongman, whose forces are about to invade Syria, his ISIS excuse hides the real goal of defeating the Kurds the United States trained . Turkey’s war against the separatists Kurds is an existential war that threatens to divide Turkey into enclaves of ethnic or religious minorities (Kurds and Alevis).

The U.S., for its part, and after defeating ISIS, trained the Kurds to clean-up the ISIS mess; but also to help them carve Syria for a country of their own. A free Kurdistan in Iraq and Syria would eventually connect them to lands in Turkey and Iran. America’s ISIS excuse hid a goal that Turkey considered unacceptable.

Then Trump decided to label our country “Unreliable United States”.