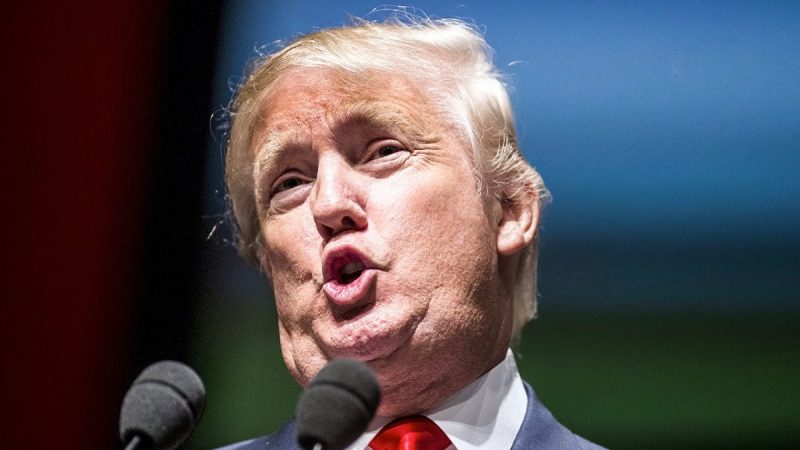 December 24, 2018 11:33 am 0
Whose Your True Ally Donald? Russia or Israel?
Is Irrational Trump a Danger to National Security?
Nine Narcissistic Personality Disorder Traits Trump Exhibited All of Them

The news hit Washington like a gigantic meteor falling from the sky. Defense Secretary James Norman Mattis resigned over the President decision to pull U.S. troops out of Syria. With that decision, the Trump imperiled the lives of the Kurds, the Syrian people under U.S. protection in Tanf, and any country, people, or religions Iran deems its enemy. Falafel predicts the massacres to follow will test our humanity and moral fortitude. So, he decided to interview Secretary Mattis. Falafel watches  Secretary Mattis bag his office memorabilia.

Falafel: Thank you Mr. Secretary for granting me the time.

Mattis: Excuse the mess Falafel as I pack to leave my post.

Falafel: Why do you think the President is exiting Syria?

Mattis: Now that I have worked for him the last two years, I can tell you one thing:  This President is angry because our democratic institutions are investigating his many illegal trespasses. Pulling out of Syria is his payback to America and a gift to Putin he believes is his real hero.

Falafel: This is a serious accusation Mr. Secretary. Are you saying that Trump is avenging Mueller’s investigation by making decisions to harm America?

Mattis: That’s exactly what I am saying. I cannot be a part of his treasonous journey. This man is going to end up in jail one day.

As Falafel watches Secretary Mattis bag his memorabilia, he asked the question lingering on his mind.

Falafel: Do you have any proof that President Trump is harming America?

Mattis: Ask yourself Falafel. When did we first hear of Trump saying he is going to leave Syria? March 2018. It was a threat to get our Intel institutions off his back. When Mueller pressed on and raided Michael Cohen’s office in April, Trump patiently waited to see if he and his family remain in danger. Now that he knows, he made the Syria withdrawal decision as payback against America investigating him as well as a gift to Putin hoping he can still build his Trump Tower in Moscow one day. It’s all about him, not this dear country of ours. People simply refuse to grasp that reality. I, sincerely, cannot be part of the scheme of this man.

Falafel: Why do you think people refuse to see this ugly side of Donald Trump?

Mattis: Because anyone in America who had beef with our government be it taxes, be it Congress corruption, be it our Intel institutions refusing to see all Muslims as terrorists, or be it election finances believe his outsider status can resolve these issues for them. They refuse to see Trump because they are all Trump. In fact, closing down our government is just another example to harm America.

Falafel: What’s next for James Mattis?

There you have it folks. Trump withdrew from Syria as payback to harm America as well as a gift to Putin. If you want evidence to this accusation, just don’t vote for trump in 2020 to watch him in 2021 living comfortably in Moscow.