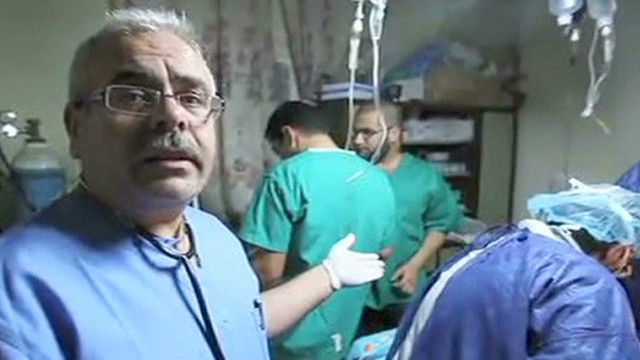 This story comes from Reuters. It shows the extent of the barbarity of the regime in Syria as Assad seizes medical aid, which is leading to patients dying. Who are the patients? Innocent civilians caught in the crossfire.

In the Reuters article, Dr. Tawfik Chamaa, based in Geneva and spokesman for the Union of Syrian Medical Relief Organizations (UOSSM), made the following statement:

A medical aid group said on Wednesday Syrian troops are seizing foreign aid and reselling it or channelling it towards government loyalists, putting millions of lives at risk.

When the regime attacks one of our medical facilities, whether it’s a hospital or something else, they load up everything they can carry, and they burn the rest. They take as much as they can, and that just depends on how many soldiers they have, but most of the time they resell it on the black market.

That’s why Russia supports the terror of Baschar al-Assad. He has exceeded their highest expectations in terms of wreaking havoc and causing as much destabilization as possible. The man is one in a million.

RUNS IN HIS DNA

We do not see Vladimir Putin ever conceding that destabilizing the region deconstructs power. Especially now that President Obama has created the vacuum for Russia to emerge as the new superpower in the Middle east region.

All the conditions exist for Putin to assuage rather than aggravate. Yet, Putin’s first instinct is to stand behind death and destruction. It’s the Soviet DNA at work regardless of the circumstances on the ground.

Putin is as complicit as Assad in causing the death of innocent Syrian civilians. He came to Assad’s aid to keep him in power at tyhe expense of not seeing Islamists rule, but at the expense of the moderate pro-western FSA forces Assad is annihilating ever so slowly.control

For Putin to quit on Assad is like a poor man quitting on the goose that lays his Fabergé eggs.