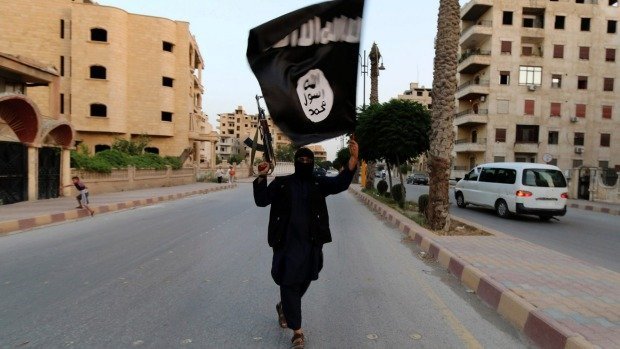 Obama refuses to provide the Kurds weapons to defend themselves

As Barack Obama refused to arm the Free Syrian Army for over three years and refused to arm the Ukrainian Government to defend themselves from the Assad and the Putin terrors, now comes to our attention that Obama is refusing to provide the Kurds with weapons even as ISIL besieges the town of Kobani (Also called Ayn al-Arab).

If the world community does not assist the Kurds, ISIL will eventually occupy many towns in Kurdish region. How does that benefit anyone is a mystery the White House is not willing to answer.

Obama refuses to provide the Kurds weapons to defend themselves.

The worst part about Obama’s actions is that he forbids any allies from assisting as well (Brave France is ignoring Obama). He did the same thing against the Free Syrian Army. This is no longer isolationism or a strict policy of no interference; it is cooperation with our worst enemies. The ones who incessantly seek our destruction and whose religious zealotry is ingrained in an insane and ungodly belief that must witness Armageddon before it is realized; with no chance of any diplomatic U turn possibilities.

I beg to ask the question, can anyone define treason for me?

At least with Russia and China, there is a real pragmatic angle to their politics. However, Iran is heading towards an abyss and it wants to take the whole world with her. Does Obama understand what the return of the Mahdi entails? Does Phillip Gordon understand it?

I hope other allies follow the leadership of France by ignoring Obama as well. Our president’s stubborn desire to write his legacy based on a détente with Khamenei and his clique of thugs and terrorists, even at the expense of hundreds of thousands of deaths, is endangering the world.

Is ISIL not proof enough?

Obama refuses to provide the Kurds weapons to defend themselves