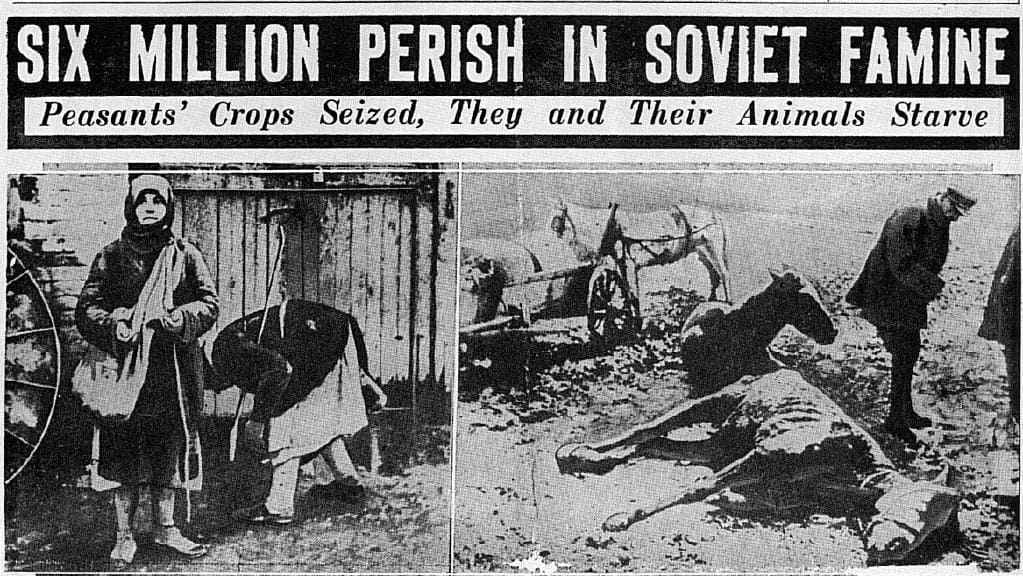 Showdown in Turtle Bay Between the West and … the Soviet Union

Russia and the West are locked into a war of U.N. resolutions to continue the delivery of humanitarian aid to Syria’s only remaining northwest area Assad does not control. As Stalin starved 6 million Ukrainians, Putin wants to starve 3 million Syrians. Sacrificing millions because there are 10,000 Islamist fighters in Idlib that would not exist if not for the Assad repressive terror. It’s showdown in Turtle Bay between the West and the old ugliness of the Soviet Union.

Germany and Belgium on Thursday called for a vote on a draft resolution that would maintain the two border crossings from Turkey to the northwest for six months. The U.N. secretary-general, U.N. humanitarian chief, and many aid organizations all support this position. The U.N. will announce the result early Friday afternoon, but many estimate the Russia, or the Soviet Union, to veto..

Without waiting for the announcement, Russia announced late Thursday that it had circulated a new resolution which would authorize just one crossing from Turkey for a year. It put the draft in a form that members can vote for or against.

Russia’s deputy U.N. ambassador Dmitry Polyansky announced the new Russian resolution in a series of tweets. He urged Western support, which is a strong indicator Russia intends to veto the German-Belgium draft.

Russia, Syria’s closest ally, has argued that the U.N. should deliver aid from within Syria across conflict lines. But the U.N. and humanitarian groups say aid for 2.8 million needy people in the northwest can’t get in that way.

In the past, the Assad regime diverted U.N. aid to regions it controlled and sold much of it on the black market to displaced and hungry Syrians.

The German-Belgium resolution the U.N. Security Council is voting on would extend for six months the mandate for the two border crossings, Bab al-Salam and Bab al-Hawa, from Turkey to the northwest for six months.

The Russian-drafted resolution would only authorize cross-border deliveries through the Bab al-Hawa crossing, for a year.

Germany’s U.N. ambassador, Christoph Heusgen, said Wednesday that while the U.N. uses the Bab Al-Hawa crossing to deliver aid to Idlib province, the Bab al-Salam crossing reaches the region north of Aleppo, where an additional 300,000 Syrians displaced by the last offensive are now sheltering.

Both areas are separated by conflict lines.

We categorically reject claims that Russia wants to stop humanitarian deliveries to the Syrian population in need,” he tweeted. “Our draft is the best proof that these allegations are groundless.

The 85% claim is unverifiable.

In a third tweet, Polyansky said Western nations should “seize this opportunity” and support the Russian draft which adapts “to the situation on the ground.”

If they block our compromise proposal they will be responsible for the consequences.

RUSSIA AND CHINA ARE DISTORTING REALITY ON THE GROUND

U.S. Ambassador Kelly Craft has accused Russia and China of “breathtaking callousness and dishonesty” and distorting the realities on the ground.

Their actions in both resolutions underscore “a harrowing truth — that Russia and China have decided that millions of Syrian lives are an insignificant cost of their partnership with the murderous Assad regime,” she said in a statement. It’s showdown in Turtle Bay.

The initial German-Belgium resolution authorizing two crossings for one year won support from 13 of the 15 council members. But Russia and China vetoed it.

A Russian draft resolution authorizing one crossing for six months failed to get the minimum nine “yes” votes on Wednesday. And a similar Russian amendment to the latest German-Belgium resolution was dramatically rejected earlier Thursday. It only received two “yes” votes from Russia and China.

In January, Russia scored a victory for the sociopathic Assad regime. It used its veto threat to force the Security Council to adopt a resolution that reduced the number of crossing points for aid deliveries from four to just two, from Turkey to the northwest. It also cut in half the yearlong mandate that had been in place since cross-border deliveries began in 2014 to six months, as Russia insisted.

The defeated German-Belgium resolution had dropped a call for the reopening of an Iraqi crossing to the northeast. The U.N., in the past, used that crossing to deliver medical supplies for the COVID-19 pandemic. In May, Russia’s U.N. Ambassador Vassily Nebenzia said: “Do not waste your time on efforts to reopen the closed cross-border points.”

Showdown in Turtle Bay Between the West and … the Soviet Union