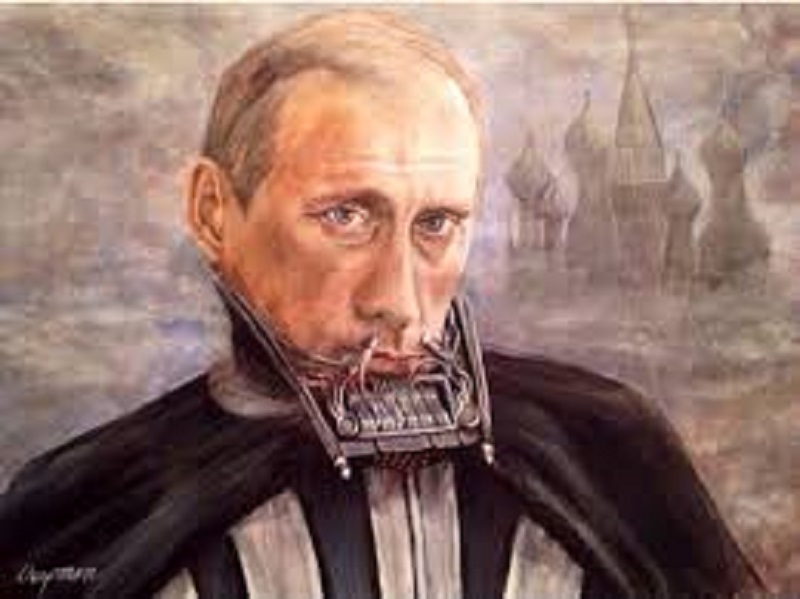 Besides Killing Civilians, Doping His Athletes, and Poisoning Rivals

Besides killing civilians, his own and those of others, doping his athletes to cheat the world, and poisoning their ex-agents and rivals on European soil, the Vladimir Putin era is just fantastic. Really a great model of a government history will compare to one of the greatest.

Nothing like killing women and children using phosphoric bombs and cheating to win illegally on the world stage to make us all bow with respect and admiration.

OK. So, we all know Vladdy could care less. But think for a moment about Stalin caring in the same manner. Stalin sits on the grave of millions he executed, sent to labor camps, or indirectly sent to their deaths during his reign of terror. Maybe this is why Putin is laundering Stalin’s image. He knows history won’t be kind to his ilk either.

Since 2015, the Putin regime of terror has been engaged in a systematic and deliberate war against innocent civilians in Syria. Their carpet bombing of towns and villages has caused so much pain among the most impoverished and the most helpless people on the planet. Such courage to go after those who cannot respond to your terror, which is the very definition of cowardice.

Under the excuse of killing Islamist terrorists, the Putin machine of terror has been targeting Syrian women and children deliberately. For three reasons:

Russian athletes are not good enough to win on their own. It’s too much Vodka, too little motivation, and too much depression living in their shit hole of a country Puti8n and his Oligarchs literally own. To counterbalance the success normal athletes achieve in the Olympics, the Russian State, under instructions from Putin, has also been systematically cheating by doping their athletes. There is not a month that goes by before we hear of another cheating case.

Here is the latest from yesterday that Reuters published:

The International Biathlon Union (IBU) said on Saturday it was stripping two Russian athletes of medals received between 2013 and 2014 for doping violations.

Worse yet, they cannot hide their cheating. The stupid Putin Government cannot even do one simple thing right. But Putin can surely produce the most lethal chemical poisons to kill people with. Brava Putin.

OF RICIN, POLONIUM 210, AND NOVICHOK

Putin’s sinister rule is colored by a sick sense of humor. The ex-KGB officer is true to his habits when it comes to targeting foes for revenge killings. Most of them on foreign soil after they escaped his reign of terror.

From the anti-Kremlin activist Pyotr Verzilov, to Sergei Skripal, to Alexander Litivenko, Putin has left a trail of terror by going after ex-agents, activists, and rivals. Each injected or forced in contact with one of several poisons the Putin regime has adopted to terminate people. In the old days, Ricin was the KGB’s weapon of choice. But since, the GRU (KGB changed name) has graduated to Polonium 210, Botox, Novichok, VX, and Sarin.

Their latest victim was Sergei Skripal who almost died from the Novichok poison. Skripal was found, with his daughter, on a bench in London hanging to dear life. The British Secret Services reconstructed the Putin attempt to include images of those who carried out the mission. It was such an embarrassment to Putin himself and his GRU because it made him look like a school boy bully. Incapable of carrying out a secret spy mission.

Nonetheless, Skripal will not be the last person Putin might target with poison and the GRU’s special assassination teams. It is not who. It is about where.

After the Skripal fiasco, Putin may avoid the UK all together. His face still seeps of running raw eggs.

Besides killing civilians, is there something one can point to that makes Vladimir Putin a person to remember by? Other than killing or cheating? We can’t find any.

The man is just a barbaric monster the world would be far better without.

Besides Killing Civilians, Doping His Athletes, and Poisoning Rivals

If Biden Intends to Hire John Kerry Then Vote for Trump
America Needs an Aggressive President Abroad and Not at Home
Intimidating Americans, Dialoguing with Terrorists
Opinions 1006 Putin Barbarism 111