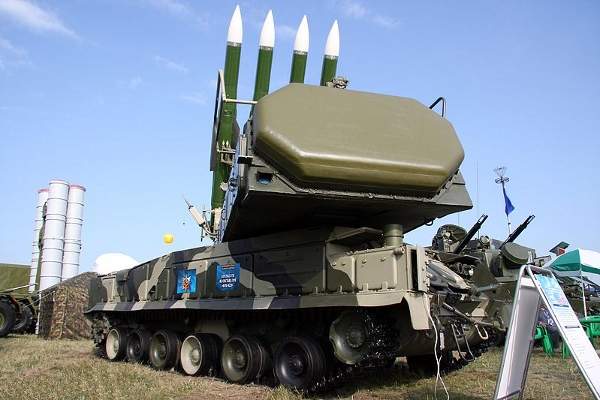 Will China Test its Weapons in Syria Too?

April 30, 2020 11:25 am 0
Chinese Crocodile Tears Over the Fate of Syrian Civilians
Russia is Playing God with Syrian Lives
The Useless Existence of The United Nations

According to Russian news sources, Russia has tested over 160 new weapon systems in Syria many of which struck indefensible civilian targets. Since 2015, when Russian weapons entered Syria openly, Syrians have watched their hospitals, schools, and markets become legitimate targets while the world watched from afar. Now, it seems, China has installed radars in Syria. The question is: Will China test its weapons in Syria too?

In 2011, Barack Obama refused to help the liberal Free Syrian Army defecting from the ranks of the Assad army and Vladimir Putin finished them off with his weapons. The great Obama-Putin partnership Barack Obama never saw coming, and had no say in its outcome. To the detriment of U.S. interests.

Write this one in your book Mr. President.

According to BulgarianMilitary.com, the Russian systems are totally ineffective against Israeli strikes. The website published a story in which it wrote:

It should be clarified that since relatively recent times, the Syrian military has indeed begun to intercept Israeli missiles by Buk-M2E anti-aircraft missile systems, which may indicate the fact that the Pantsir-S air defense missile systems are indeed ineffective.

But how long before China also begins testing its offensive weapons as well? Against Muslim extremists but with no regard to civilian human life. Part of China 2025 plan is to dislodge the U.S. from its perch when it comes to weapon foreign military sales. Syria is the perfect playground to showcase its prowess because there is a war, and because the targets are inconsequential Syrians who happen to be Muslims. Just like the Muslim Uighurs suffering in Chinese concentration camps.

Hate a Muslim? Come to Syria. It’s like killing fish in a barrel. It’s their fault, after all. Why were they born Muslims?

HATE A MUSLIM? COME TO SYRIA

People have no choice as to who they are and what religion they have been born into. While the Muslim terrorists make these choices freely, to include the acts of terror they commit, the Syrian people don’t have those choices. If they remain Muslims, Assad and Putin will kill them. If they convert, the Muslim extremists will kill them.

In-between Assad gassing whole families while they sleep, and Putin testing his latest lethal weapons on innocent children and women.

Chinese entry into the weapon bazaar in Syria is ominous. Especially, if you connect it to China 2025. It will take few years of killing for the Chinese to showcase the effectiveness of their weapons. All of which at the costs of more Syrian innocent lives. Just as Putin has done already. With total impunity because he is the biggest bully on the international playground.

Hate a Muslim? Come to Syria. It’s like killing fish in a barrel. It’s their fault, after all. Why were they born Muslims?

Will China Test its Weapons in Syria Too