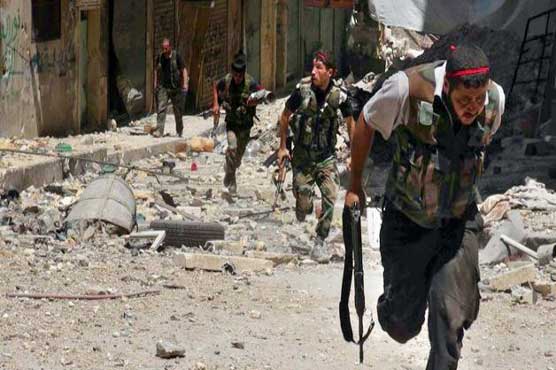 Syrian Islamist rebels and the Syrian army fought fierce battles in Latakia province overnight close to Assad’s ancestral home, the army and rebels said, after weeks of insurgent gains in the country’s northwest.

Rebels seeking to topple Assad have in the past sought to bring their four-year-long insurgency close to coastal areas in government-held Latakia, heartland of Assad’s minority Alawite community.

An army source told state news agency SANA fighter jets hit insurgent hideouts in the northern Latakia countryside with “tens killed and wounded.” Latakia is the main port in Syria and along with the capital Damascus is one of the most important government-held areas in the country.

Activists on the ground said the Latakia battles started with an army offensive on Thursday, backed by local militias, aimed at pushing the insurgents out of the province in order to advance on captured areas of neighboring Idlib. At least five insurgents were killed and an unidentified number from the pro-government side.

Two rebel sources said the fighting in Latakia was near the mountains of Jabal al-Akrad, close to some of the highest peaks in Syria including Nabi Younis that overlook Alawite villages and close to Qardaha, hometown of the Assad family.

“The capture of the peaks would make the Alawite villages in our firing range,” said an Ahrar al-Sham commander based in Idlib on Skype.

Activists said the army wanted to secure the valley and peaks in order to advance on Jisr al-Shughour, a town in Idlib province captured by insurgents a week ago. Rebels battle Syrian army near Latakya follows a trend of latest rebel successes in defeating the Assad regime.

On Friday Syrian television said army units targeted “groups of terrorists” in the eastern and southern Idlib countryside and “eliminated a great number of them and destroyed their weapons and munitions.”

Diplomats say rebels are trying to pressure the overstretched army on as many fronts as possible to spread its resources ever more thinly.