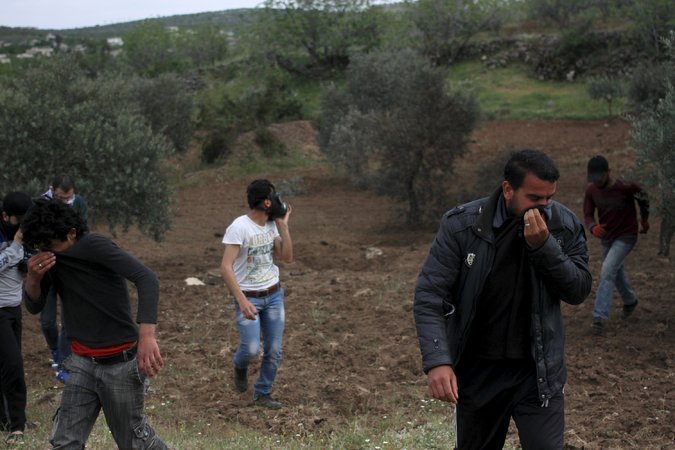 Today, John Kerry must be looking himself in the mirror to see failure and shame. Our Secretary permitted the Russians to fool him into believing Assad of Syria would dismantle his Chemical Weapons arsenal only to discover the ruse front and center in the New York Times.

History has demonstrated over and over again that this is what happens to weak and naive Western appeasers when confronted with rogue and ruthless regimes. Do not expect John Kerry or Barack Obama to learn from their mistakes. They won’t.

Especially Barack Obama whose lust for an Iran agreement is beginning to defy all logic. As Assad violated Obama’s CW agreement, so will Iran violate Obama’s nuclear deal. The writing is on the wall.

The New York Times writes about new discoveries in Syria AFTER supposedly all chemical weapons were removed:

Traces of sarin, a nerve agent, were found in drainage pipes and in artillery shells in two places, and traces of another banned toxin, ricin, were found in a third location, a scientific research center, according to a United Nations diplomat, who spoke on the condition of anonymity to discuss confidential reports from the inspectors.

Most likely, Assad has moved his remaining stock to the Sahel region in Latakya or Tartus where the Russian Navy is stationed. There is no doubt such stockpiles would be used by the Assad regime again to kill innocent women and children.

As Assad violated Obama’s CW agreement, so will Iran violate Obama’s nuclear deal. Maybe Obama knows it too. Maybe his real agenda does not permit him the luxury to show doubt in the face of reality.

Maybe Obama wants his Iran nuclear deal to actually permit Iran to go nuclear. With this President, it is hard to know what he has learned new and what he has kept from his secretive past.