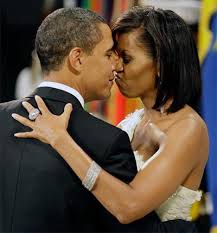 One Smokes. One Shops. God Bless the Obamas.

What are the Obamas known for? No, really. What is their legacy?

While the world is thrown into chaos, largely because of her husband’s policies, First Lady Michelle Obama is known for two things. Her school lunch program and her fashion dresses. The President, on the other hand, is known for also two things. Constantly lying to the American people and smoking.

While Assad continues gassing Syrians with impunity, America, responsible for maintaining balance and stability, is led by a leader who smokes God knows what, and his wife who shops for fashion. God bless the Obamas. They are both truly heavenly.

During Saddam era, when he gassed the Kurds, the world outrage backed by a strong response from the White House was enough to stop him from continually gassing his people. With Assad, however, it seems the more he looks at who Barack Obama is, the more he gasses his people.

Assad knows that this feckless U.S. President does not have the spine to stop him.

One smokes. One shops. God bless the Obamas.

Assad, in a way, is Obama’s reflection in the mirror. The more we see who Assad is, the more we understand who Obama is really.

The British Guardian reported on Assad’s crimes against humanity:

Syrian activists and a doctor reported Thursday new suspected chemical attacks in the northwestern province of Idlib, leaving several dozens of people suffering from asphyxiation. Mohammed Tennari, a doctor who testified before the UN Security Council last month after treating a number of victims in Idlib from an earlier chemical attack, said there were at least three separate attacks in the province that injured nearly 80 people.

Absent from the Guardian reporting is “Where the heck is Barack Obama?”. Unless western media exerts some pressure on this president unwilling to help anyone but himself, Obama will always be absent. One smokes. One shops. God bless the Obamas.

No other Arab leader has gassed his people as often as has Assad under the watch of an absent U.S. President unwilling to move a muscle to stop this criminal. One smokes. One shops. God bless the Obamas.

One Smokes. One Shops. God Bless the Obamas.

If Hitler were still around, Obama would join forces with him too
Paris attacks revive concerns about U.S. security
ISIS serving Assad
Slippery Barack Obama 976

Loading...
Newer Post
Hezbollah Was Born in Lebanon, But It Is Dying in Syria
Older Post
Weapons inspectors find undeclared sarin and VX traces in Syria