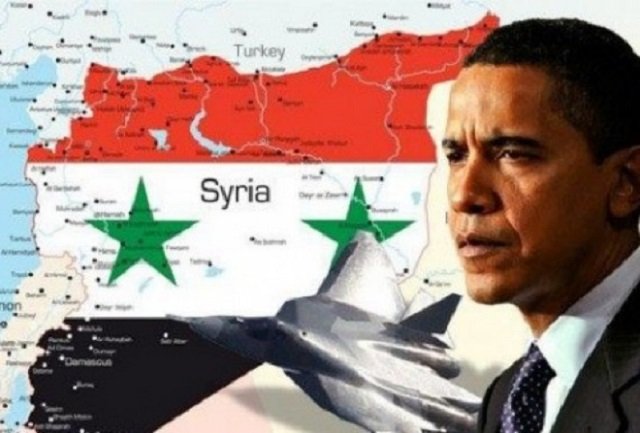 September 3, 2013 1:07 pm 0
Losing Snowden to Phony Red Lines
Obama’s Tragedy? No Black Presidents For a While
The Strange Case of Dr. Obama and Mr. Hyde

President Barack Obama’s call for a military strike in Syria won significant momentum Tuesday, with leaders of both parties in Congress announcing they are convinced that Syria;s Baschar al-Assad used chemical weapons against his own people and that the United States should respond.

Obama wins bipartisan support for a long overdue strike against the Assad regime.

House Majority Leader Eric Cantor and House Democratic Leader Nancy Pelosi also said they will support Obama because the U.S. has a compelling national security interest to prevent the use of weapons of mass destruction.

But their endorsements still don’t resolve the deep ambivalence and even opposition toward action in both parties, and Boehner’s spokesman followed up the speaker’s announcement by describing the resolution’s passage as “an uphill battle.” Dozens of conservative Republicans and several liberal Democrats have come out against intervention, and may be prepared to ignore the positions of their leaders and the president.

Pelosi stressed that Americans need to hear more of the intelligence to be convinced that a strike is necessary. “I’m hopeful that the American people are persuaded,” she said. Pelosi met with Assad in 2007 and called him a reformer.

“This is behavior outside the circle of civilized human behavior and we must respond,” she argued as she left the West Wing.

Obama met with more than a dozen lawmakers in the White House Cabinet Room to press the case for what he said would be limited strikes aimed at dismantling Assad’s chemical weapons capabilities. The president said he’s confident Congress will authorize the strike and tried to assure the public that involvement in Syria will be a “limited, proportional step.”

“This is not Iraq, and this is not Afghanistan.”

The measure would specifically limit the duration of the military operation and expressly state that no US ground forces would be involved, according to the aides, who spoke on condition of anonymity because they were not authorized to discuss the yet-to-be-unveiled resolution on the record.

Obama indicated he is open to changing the language to address lawmakers’ concerns and called for a prompt vote.

“So long as we are accomplishing what needs to be accomplished, which is to send a clear message to Assad, to degrade his capabilities to use chemical weapons, not just now but also in the future, as long as the authorization allows us to do that, I’m confident that we’re going to be able to come up with something that hits that mark,” Obama said.

Sen. Rand Paul said he would probably vote against any resolution. But he said it also wouldn’t be helpful to amend the resolution in a way that constrains the president too much to execute military action, if authorized.

That message was echoed by Sen. Tim Kaine, D-Va., even as he suggested some limits on the scope of action might be appropriate. “I’m a stickler about Congress having to weigh in about the initiation of military action,” Kaine said. “But the commander in chief, we really have to give him some latitude to implement.”

“Being new here, I’m very skeptical of Republicans and Democrats that have dragged us into wars of the past,” he told reporters. “Still today, when we look at Afghanistan and Iraq, I am questioning: What is the end goal within these countries? What have we accomplished with so many lives being lost?”

Boehner spokesman Brendan Buck put responsibility for winning votes in the White House’s hands in a written statement following up on the speaker’s brief comment to reporters. “Everyone understands that it is an uphill battle to pass a resolution, and the speaker expects the White House to provide answers to members’ questions and take the lead on any whipping effort. All votes authorizing the use of military force are conscience votes for members, and passage will require direct, continuous engagement from the White House,” Buck said.

Secretary of State John Kerry, Defense Secretary Chuck Hagel and Joint Chiefs Chairman Gen. Martin Dempsey also attended the meeting with lawmakers before heading over to Capitol Hill for testimony later in the day before the Senate Foreign Relations Committee. A classified briefing open to all members of Congress was to take place as well.

The US said it has proof that the Assad regime is behind attacks that Washington claims killed at least 1,429 people, including more than 400 children. The Britain-based Syrian Observatory for Human Rights, which collects information from a network of anti-regime activists, says it has so far only been able to confirm 502 dead.

“We are talking about weapons of mass destruction. This is a war crime,” said New York Rep. Eliot Engel, who attended the White House meeting as the top Democrat on the House Foreign Affairs Committee. “If we didn’t respond in kind it would send a message to every despot, every thug, every dictator, every terrorist group in the world that you can commit war crimes and murder your own citizens with impunity and nothing is going to happen.”

Boehner said only the United States has the capability and the capacity to stop Assad. “We have enemies around the world that need to understand that we’re not going to tolerate this type of behavior. We also have allies around the world and allies in the region who also need to know that America will be there and stand up when it’s necessary,” he said.

Boehner was the only Republican to speak to reporters after the White House meeting and he took no questions. Cantor announced his support in a statement that argued, “America has a compelling national security interest to prevent and respond to the use of weapons of mass destruction, especially by a terrorist state such as Syria, and to prevent further instability in a region of vital interest to the United States.”

After a decade of war in Iraq and Afghanistan, polls show most Americans opposed to any new military action overseas. That reluctance is being reflected by senators and representatives, some of whom say Obama still hasn’t presented bulletproof evidence that Assad’s forces were responsible for the Aug. 21 attack. Others say the president hasn’t explained why intervening is in America’s interest.

In a post on his website, Rep. Rick Nolan, D-Minn., reflected a view shared by at least some of his colleagues: “I am vehemently opposed to a military strike that would clearly be an act of war against Syria, especially under such tragic yet confusing circumstances as to who is responsible for the use of chemical weapons.”

Their skepticism is shared by many tea party Republicans and others, whose views range from ideological opposition to any US military action overseas to narrower fears about authorizing the use of force without clear constraints on timing, costs and scope of the intervention.

The most frequent recurring questions: How convinced is American intelligence about the Assad regime’s culpability for the chemical attack, a decade after woefully misrepresenting the case that Iraqi President Saddam Hussein possessed weapons of mass destruction? And how does a military response advance US national security interests?

Pressuring the administration in the opposite direction are hawks and proponents of humanitarian intervention among both Democrats and Republicans who feel what Obama is proposing is far too little.

Obama’s task is complicated further because he leaves for a three-day trip to Europe on Tuesday night, visiting Stockholm, Sweden and then attending the Group of 20 economic summit in St. Petersburg, Russia.