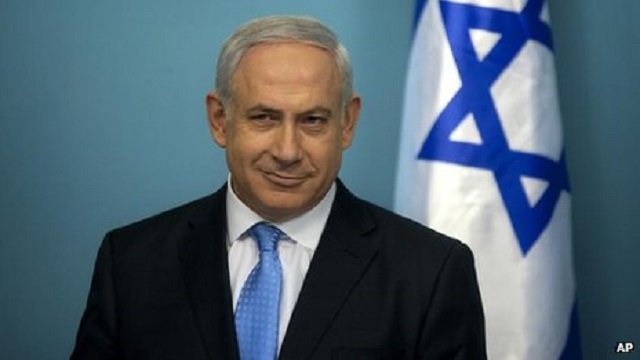 Barack Obama Cannot Help But Pick a Fight With Israel

March 8, 2016 6:20 am 0
John McCain on His Meeting With Obama, Middle East Tour, and Syria
Hands Off Syria Arab League
The head of the snake

Netanyahu’s decision not to accept an invitation for talks with Obama in Washington later this month “surprised” the White House, which first learned of it through news reports. The prime minister stand comes on the heels of strong threats circulating in Washington that Barack Obama may use the U.N. to pressure Israel into a corner with regard to an Israeli-Palestinian peace process as his KO exit punch.

The Israeli premier’s office defended the decision by saying Netanyahu did not want to interfere in US presidential primary elections currently taking place.

Obama and Netanyahu have had a rocky personal relationship, worsened by the Israeli premier’s forceful opposition to the Iran nuclear deal, including in a speech to the U.S. Congress.

But the two have sought to set aside their disagreements in recent months and work out a new 10-year defense aid package for Israel as well as demonstrate that the ties between the two traditional allies remain strong.

Biden is due to arrive in Tel Aviv later on Tuesday and hold talks with Netanyahu on Wednesday. He is also scheduled to meet Palestinian President Mahmud Abbas.

A previous visit by Biden in 2010 was marred by the announcement of a major Israeli settlement project in annexed east Jerusalem.

The announcement drew a public scolding from Biden and it soured relations with Washington for months.

His visit this time comes with Obama having acknowledged that there will be no comprehensive agreement between Israelis and Palestinians before he leaves office in January 2017.

The White House has said that Biden will not be pursuing any major new peace initiatives during his visit, even though a wave of unwarranted Palestinian violence, instigated by Iran, has killed scores of more Arabs to the delight of the Mullahs in Tehran.

Talks are expected to include discussions on a new, 10-year defense aid package for Israel, currently worth some $3.1 billion annually in addition to spending on projects such as missile defense, illustrating the importance of Israel’s relationship with the United States.

Biden and Netanyahu also plan to talk about the fight against the Islamic State group.

But while Obama has resigned himself to not achieving any major breakthrough in the Israeli-Palestinian conflict, there have been suggestions he may seek to somehow kickstart peace efforts at a complete standstill for two years.

That has included speculation that the United States could break with traditional practice and support a U.N. resolution related to resolving the conflict, which Israel strongly opposes. Barack Obama cannot help but pick a fight with Israel.

The Wall Street Journal quoted senior U.S. officials on Monday saying the White House is working on plans for reviving peace talks and for a possible resolution, which could be outlined at Obama’s final appearance at the U.N. General Assembly in the autumn. Netanyahu, who mistrusts Barack Obama immensely, in response, refused an invitation by the White House.

The United States has traditionally vetoed resolutions at the U.N. Security Council opposed by Israel. However, Barack Obama is no ordinary anti-American president.

“They are worried in Jerusalem that between the time of the election in November and the time that the actual president begins his term of office in January … President Obama might do certain things that the PM won’t like,”

And rightly so. Barack Obama cannot help but pick a fight with Israel. This U.S. President hates Jews with passion.

Barack Obama Cannot Help But Pick a Fight With Israel