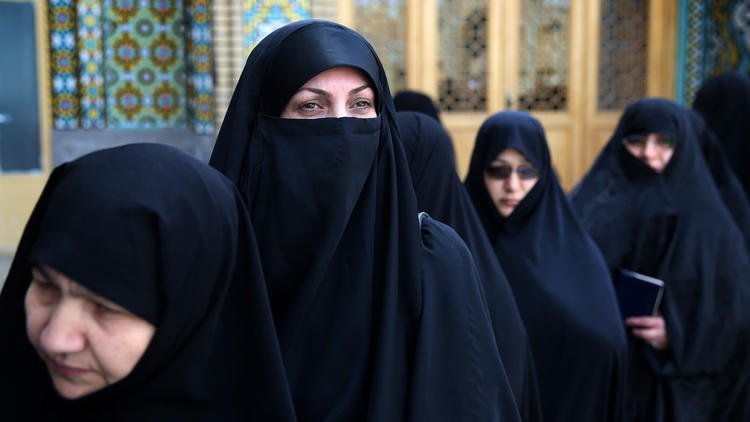 Obama’s Iranian Reformists: Donkeys and Women Have No Place in Iran’s Parliament

March 8, 2016 4:39 pm 0
Why Muslim Leaders are So Corrupt
Iran Deal is About Right and Wrong, Not Left and Right
Of Assad Women and Nusra Men

TFS Note: These are Obama’s Iranian reformists our president just gave $150 billion to spread such messages of hate against Iranian women. It goes to show just how ignorant a man is Barack Obama and how unfit he is to be the president. If the author did not want to say it, we will for him.

Source: LA Times – by Ramin Mostaghim (Donkeys and Women Have No Place in Iran’s Parliament)

A conservative Iranian lawmaker was caught on video saying that women, like donkeys, have no place in parliament, sparking calls for him to be thrown out of office.

The video, which surfaced on YouTube last week, shows Nader Qazipour giving a fiery victory speech after winning reelection as a member of parliament representing the city of Urmia.

“Parliament is not the place for donkeys and foals, monkeys and women,” the 57-year-old cries, amid boasts about his fearlessness and commitment to challenging the wealthy and powerful. Qazipour was speaking candidly in his native Turkish language, independent analyst Nader Karimi Juni said, and evidently did not expect to be recorded. He has since released a halfhearted apology, as furor over what reformists are calling “Nader-gate” grew. “I was carried away by the jubilation of the election among my supporters, and said something in error,” he said. “I express my regret, and do hope the misunderstanding will be alleviated.”

The misogynistic remarks, first reported by reformist-linked media outlets, came just as women won 14 of the 290 seats in Iran’s parliament – an increase from the nine seats held by women before the most recent vote. Seven more female candidates face runoff elections in April.

“He represents the fanatical, traditionalist men in our society, and should have been disqualified long ago by the Guardian Council,” Farzane, a feminist activist who declined to give her full name, said, referring to the body that accepts or rejects all candidates who wish to run for office. Sakine Omrani, an outgoing lawmaker, called on the speaker of parliament to penalize Qazipour for insulting the women of Iran.

“Nader Qazipour’s comments were so obscene that I do not want to think about them,” Shahla Lahiji, a gender equality advocate, publisher and author of historical texts, told local media. “But I should say, when 600 female candidates were disqualified to run in the recent parliamentary election, that was a more important tragedy to be addressed.”

Qazipour’s crude remarks represent the feelings of many in the traditional strata of Iranian society – feelings that are becoming less acceptable to express publicly as women make gains in public life. In the years since Iran’s 1979 revolution, women have occupied an average of 3% of the seats in parliament, according to official figures. The first vice president for women’s affairs was introduced during the late 1980s and early 1990s. Three Iranian presidents – Mohammad Khatami, Mahmoud Ahmadinejad and Hassan Rouhani – have had female vice presidents for environmental organization.

Obama’s Iranian Reformists: Donkeys and Women Have No Place in Iran’s Parliament