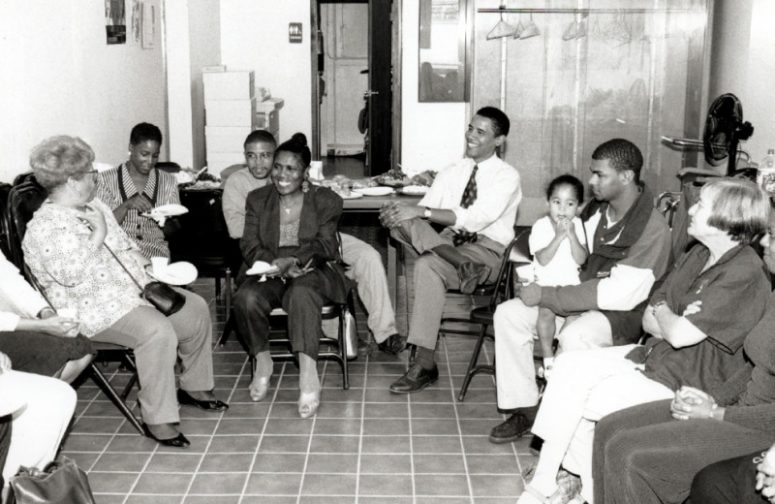 Obama is But a Charismatic Community Organizer

October 25, 2012 1:39 am 0
Gunmen kill pro-Assad figure in Lebanon
How Long Before Assad Sneaks Terrorists to Europe?
I don’t get the Jew haters

Shielded by a left-leaning media that seems to forget its constitutional duties, and protected from excessive scrutiny with the help of his close advisors (Axelrod, Jarrett, Power, and Gottemoeller – The last is a die-hard self-proclaimed communist operative), Obama is like a child king whose rule is mired in secrecy and absolute control of his image. Obama is but a charismatic community organizer.

To this day, the American public knows so little about his real life and his real friends other than what has been read in his self-indulging book he wrote to advance his own “me” agenda.

OBAMA IS BUT A CHARISMATIC COMMUNITY ORGANIZER

Since 2012 is not 2008, when his Celestial appearance bulldozed everything in its passage with the use of two simple words, Obama has to campaign today like all the incumbents before him. But this time around, there is a record one can point at. More importantly, he has to face the American people to defend that record while being directly questioned about it.

The days of people sitting in forums listening in daze were over because the challenger will challenge him, and the mediators assigned to the debates will have no choice but to be as neutral as possible on national TV with tens of millions of Americans watching (Crowley did not get that memo). In fact, the debates we recently witnessed were the closest thing Obama has faced to being held accountable for his actions and policies.

Consider this fact. As a sign of how protected Obama is, he has not held any press conference for almost a year (Last one was on November 13, 2011), even under the most austere of circumstances when the American people need answers on the Benghazi tragedy. His advisors will not allow the press to question Obama on anything for fear he falters and falls. Just like Assad and Putin who bestowed upon themselves similar privileges.

However, in a political campaign, Obama cannot escape the limelight. With direct questions, engaging one-on-one debates, and the resulting answerability he is being subjected to, Obama’s personae suddenly has become more vulnerable than at any time in the past; we would go further by stating, Obama, over the last few months, has been held accountable like never before in his life. Not by the media, but by the nature of campaigning for the Presidency with much scrutiny this time around.

Those debates have been much more important than past debates for two reasons. The first is that Obama spent gazillion of dollars demonizing Romney, which was neutralized with Romney’s performance in the first debate. The second is because Obama has been shielded and his story has been spun to death. Telling the American people “Forward” when he just took them “Backward”, it is understandable why the public wants to investigate him thoroughly to look beyond his editorializing them constantly with his one-on-one interviews with friendly reporters. The debates afforded the American people that thorough scrutiny.

IS OBAMA IN TROUBLE?

As a result, there is a growing sense, now that most Americans have had the chance to digest the debates and see Obama in ways never seen before, that this President is in trouble.

Between watching a slick President and voting for one, there is a mental bridge many Americans will have to cross to qualify what they learned, during the debates, about how Obama will lead in the next four years. My sense tells me that when people utter their unequivocal support for Obama in public because of peer pressure or because it’s the cool thing to do, it is quite different from the few minutes of lonely and necessary reflections voters have while waiting in-line to cast their ballot. For the undecided voters, this time of reflection could be crucial.

It’s during that time that our serotonin kicks-in to take control of our emotional state. It’s during that time when Americans will reflect upon the last four years and come to the same conclusion many of us have come to from day one, which is reflected in the knowledge that Obama is but a charismatic community organizer who has been thrusted into the limelight, without any prior proper vetting, by a political machine too hungry for power to realize its mistake.

Dang it Pelosi, maybe President Bush started the war in Iraq to help Iraqis defeat tyranny, but you have destroyed the economic fabric of your own country, galvanized its people, and helped the re-awakening of Islamic extremism. Your defeat must be the second highest priority after Obama. If I had to guess, the country does not need your services anymore.

It’s obvious, four years and counting, that the man is incapable of leading as the Commander-in-Chief, let alone solve the immense problems he has managed to accumulate during his under-qualified tenure.

Obama is But a Charismatic Community Organizer

For Every Carter, There is a Reagan
Syria crisis: Bashar al-Assad’s use of rockets amounts to war crimes
I interviewed Bashar al-Assad about Syria’s civil war. He’s still too delusional to end it.
Opinions 1017 Slippery Barack Obama 976 Weak Barack Obama 238