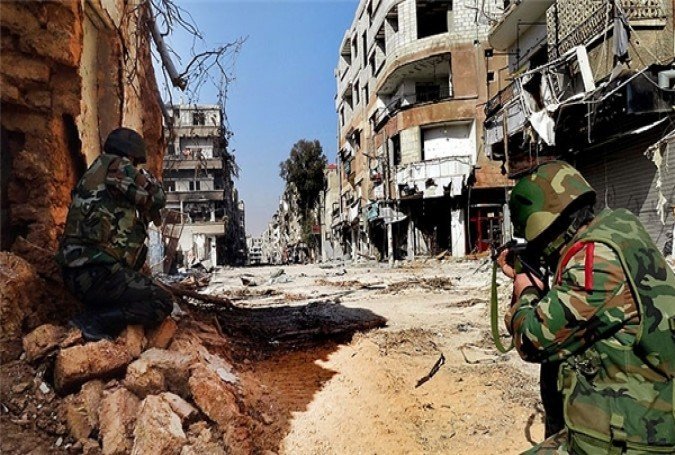 Assad starving Ghouta, after gassing it in 2013

Syria’s army cut the last main supply route for a rebel bastion east of Damascus Sunday, further tightening a crippling siege on the area, a monitor and state media said.

“The regime has cut off the last main road for rebels leading out of Eastern Ghouta,” the main opposition stronghold in Damascus province, said activists on the ground.

They said army units had taken over almost all of the village of Maydaa, which lies along a road running east which rebels use to bring food and reinforcements into besieged neighborhoods.

Eastern Ghouta has been under a devastating government siege for nearly two years in an attempt to break the rebel hold over the area. With today’s action, Assad starving Ghouta becomes an obvious goal of his to submit its people and flush the rebels out of the region.

Assad may fear that Ghouta represents a weak link in his tight control of Damascus. His regime may be taking precautions to better defend the capital in case the rebels began focusing their resources against his seat of power.

Clashes were still underway in Maydaa between Syrian regime forces and Jaysh al-Islam, the most powerful rebel group operating in the area.

“Clashes are still underway but if the army succeeds in taking Maydaa they could use it as a launchpad to storm Eastern Ghouta,” Alloush told AFP by telephone from Turkey.

The rebel bastion of Eastern Ghouta has been subjected to massive regime bombardments for months. Assad also gassed East Ghouta with Sarin gas in 2013.

Assad starving Ghouta, after gassing it in 2013.

Syria’s four-year conflict began with anti-regime protests in mid-March 2011 and spiralled into a bloody war after a harsh government crackdown on demonstrators.

More than 300,000 people have been killed in the conflict.

Assad starving Ghouta, after gassing it in 2013