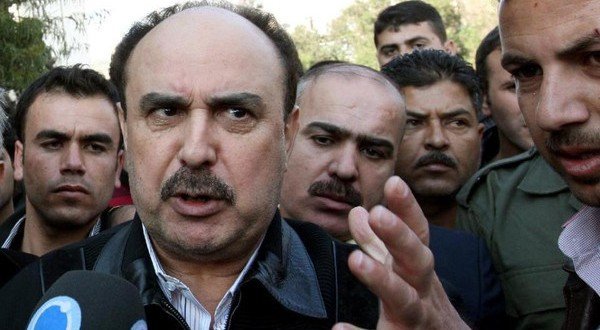 May 3, 2015 2:53 pm 0
Hariri calls on Hezbollah to withdraw from Syria
So much for Kerry’s agreement to strip Assad of Chemical Weapons
Assad Men Torture Women by Inserting Live Rats in Their Vagina

The death of General Rustum Ghazaleh, head of the Syrian political intelligence services, explained by many as an accident, may have to do more with the secrets Ghazaleh knew. With the dictator’s sights set on absolving himself from his criminality should the regime fall, is Assad liquidating minions who know too much?

Ghazaleh was a man who held many secrets. His tenure in Lebanon, during a time when Assad was exacting revenge politics against his opponents, afforded him great access and knowledge about the inner workings of the Assad regime to include decision processes imperative to any tribunal.

His predecessor, Ghazi Kanaan, was also killed by Assad although the regime described his killing as a suicide. Kanaan also occupied the top post in Lebanon as Assad’s enforcer. Is it a coincidence that both are dead or is Assad liquidating minions who knew too much about his operations in Lebanon?

Both Ghazaleh and Kanaan opposed Iran and Hezbollah power grab in Damascus, which may have also posed a threat to both in light of the Special Tribunal for Lebanon now underway with five Hezbollah operatives who murdered Rafik Hariri in 2005 on trial.

There is also the possibility that Ghazaleh may have flipped and was in direct contact with western or regional intelligence services. If so, the U.S. may have in its possession a trove of intelligence against Assad.

Ghazaleh was one of the last high Syrian officials remnants from the Assad father era. Almost all heads of the intelligence services today are unknown figures and that includes the defense portfolio held by someone largely anonymous to most Syrians. One wonders then if Assad is cleaning house of those who knew too much and had to die.

Furthermore, rumors are surfacing that Ali Mamluk, head of national security, who has not been seen in public for a while may have been killed too. Like Ghazaleh, Mamluk knows too much about the regime and about any orders Assad may have given that could indict him in the future.

Who will be next one wonders.