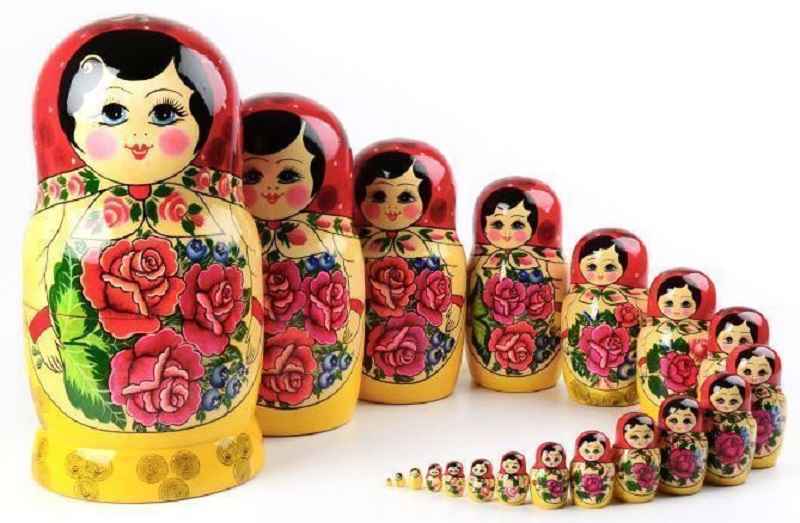 June 30, 2011 11:54 am 0
In Syria, the enemy of our enemy is still our enemy
How to Destroy a Synagogue and Claim to Protect it
What is Wrong with Iraq and PM al-Maliki?

The Syrian opposition reminds me much of the Babushka nestling dolls one can find in Russia sold by street vendors and tourist shops. The concept is to house one smaller Babushka into a larger one until it overwhelms you with delight (Such a Russian thing to do). I call this the Syrian Babushka opposition.

Once upon the time, there was a weak opposition to Hafez al-Assad; one that suffered immensely through detentions, torture, jails, and even death. When Hafez died in 2000, the little Assad inherited the country and tried to look westernized from day one. Baschar al-Assad boldly allowed dissent in the spring of 2001, dubbed the Damascus Spring (“DS”), thinking that the people loved his family and will help him shape an oppressive regime to look like the Wizard of Oz. All of Syria, in Assad’s mind, was Dorothy Gale looking for him to return them home.

To his shock, Syrians wanted their freedom and a vibrant democracy. When he got wind of our sedition, Assad turned all the dissidents over to his security apparatuses who imprisoned most of them. Thus came the end of the DS. The DS, you might say, is the opposition represented by the smallest Babushka.

Then in 2003 came the liberation of Iraq. Assad’s terror against US troops and Iraqi civilians prompted the US to increase the pressure on the Assad regime. One effective method was to empower the Syrian opposition. The Reform Party of Syria (“RPS”), born in 2001 after 9/11, got a life during that time and it became the voice of the opposition, from abroad. After several meetings in Europe and the US that drew the attention of the world’s media, the traditional DS opposition was released from jail and encouraged to oppose RPS. Typical of the Assad regime is to create an opposition to oppose the opposition. DD agreed as well because it did not want RPS to steal the limelight from its many years of facing oppression inside.

Like a Phoenix, the DS gave birth to the Damascus Declaration (“DD”) in 2005 with the same people and some new faces close to the Assad regime posing as dissidents. Of those traditional dissenters who visited the US and tried to truly represent the DD with the intent of removing RPS from their way, like Dr. Kamal Labwani, they were thrown in Jail because they went too far by seeking regime change.Â The Assad regime wanted the Damascus Declaration to oppose RPS and to weaken it but not to replace it. It tried every trick in the book to remove RPS as a threat including involving Rifaat al-Assad who paid money to RPS members to tear it apart. RPS is the second Babushka.

During this battle for the soul of the Syrian opposition, the Assad regime got a curve ball in the form of the Syrian Ex-VP Abdul Halim Khaddam voicing his opposition in January of 2006 after he was relieved of his 30+ years of his post in the Assad regime. One of the first words Khaddam uttered “I will not sit with Farid Ghadry or Rifaat al-Assad”. Thus, Khaddam saw the regime manipulations and its upcoming attempt to kill the DD after its completed mission of weakening RPS and upstaged the event by declaring himself the new face of the opposition and continuing the tradition of suppressing any opposition to his opposition. Fearing the worst from Assad, DD members did their pilgrim to Paris in his support. Together, Khaddam and the DD married the Muslim Brotherhood (“MB”), a marriage that lasted less than two years under the banner of an organization they named the Salvation Front (“SF”). The SF was the third Babushka.

After the success of the DD in harming RPS with the intent to replace it, and their members outside the country joining the SF, the organization’s members in Syria confronted the anger of the regime in 2006 and 2007. The SF was not exactly what Assad planned in unleashing the DD to destroy RPS. Many DD members were imprisoned and many of them dissipated fearing for their livelihood if not lives. RPS, meanwhile, saw an opportunity, as Assad was gaining momentum with the Iranian support, to send a worldwide signal that Syrians are peaceful people. It took the bold move to travel to Israel and for me to address the Israeli Knesset. Behind the trip is a signal to our neighbors that Syrians are peaceful people. RPS, prior to visiting Israel, also visited Turkey, Iraq, and Jordan with the same message. It was not possible to visit Lebanon because the Syrian intelligence controlled the government. It was a curve ball neither the regime nor the SF expected and it raked the beach clean from all the ugly sand castles built on both sides. For a brief moment, RPS became the fourth Babushka.

After that trip, a lull formed in the Syrian opposition ranks as Assad got stronger and stronger. Missiles were moving into Syria, bases were built, and the IRGC and Hezbollah erected footholds despite all the warnings expressed by the international community.

Then came March 15, 2011 and the beginning of the Syrian uprising against the regime. Suddenly, the Syrian street controlled its destiny and the opposition. New faces rose inside the country that refused to work with any outside opposition, including the DD, the remnants of the SF, and of course RPS, even though we all have our own supporters inside Syria we are helping in one form or another. Today, the Syrian Youth Revolution (“SYR”) refuses to carry any banner in support of any one candidate or an Assad replacement other than those promoted by the street itself for regime change. Â In other words, it does not want to fill the vacuum left by Assad with another figure, which is believed to be Â a deadly mistake intended to keep the Revolution alive rather than swiftly brought to its intended purposes: Regime change.

SYR needed outside support and direct relationships with the west. This was facilitated through a large meeting that took place in Antalya, Turkey some 3 weeks ago under the tutelage of the Erdogan’s government. The organizers made sure they controlled who came to the meeting, which was a combination of MB and DD, in order to control the Syrian street. The result of which produced committees voted for by those meeting in Turkey. If one looks at the names listed in the leadership committee, one can immediately see that, besides one or two names on the list of nine, all those voted for are either too young to have any experience or known to be of the “Yes Men” variety. SYR wanted to control Antalya and they did by insuring that Antalya produced a wimp rather than a cry and Syrians who will obey rather than lead. SYR is the fifth Babushka.

Not to be outdone, the Assad regime recently herded remnants of the DD (“RDD”) it kept inside Syria and unable to travel abroad into a Syrian opposition meeting in Damascus it propagandized in a big way. As they did to RPS in 2005 by empowering DD, Assad empowered its own new Syrian opposition inside with no desire to change the regime to destroy SYR. Of course, SYR issued a strong statement condemning the meeting. Those gathered in Damascus never even asked for any conditions to be met prior to holding the meeting such as freeing all prisoners of conscience, which is a sign they were forced to meet. Two familiar figures in the meeting known for their dissent during the Damascus Spring are Michel Kilo and Walid al-Bunni. Both defend political prisoners of conscience with energy and deterministic. RDD is the sixth Babushka.

The unraveling of the seventh and last Babushka may be about to begin..

In reality, we Syrian dissidents are rainmakers whose duty is to keep the issues of freedom, democracy, and human rights alive. The last Babushka will sport some new figures known to Syrians but who have yet to rise. They come from inside and outside and they will transition Syria into a new and responsible nation. All the other Babushkas are here to facilitate the last one able to terminate the Assad regime.