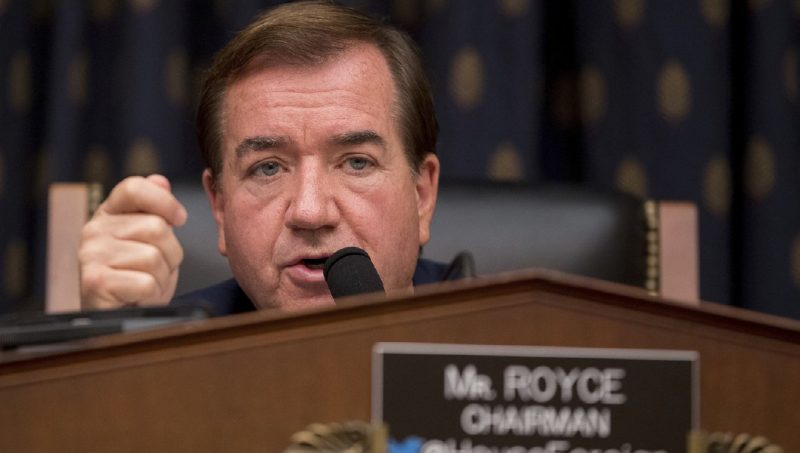 No Syrian-Americans Allowed to Testify

June 17, 2013 5:29 pm 0
Who do we thank for Syria hideous transformation?
Mr. Obama, we are not free riders
Trump Iran Policy? Get Serious About the Threat

There is nothing wrong in having non Syrian experts testify on US Syrian policy before the Foreign Relations Committee in Congress. Especially when two of the three experts are trusted and have a history of good analysis and deep knowledge about the US and the region. However, there were no Syrian-Americans allowed to testify about Syria. Go figure.

On June 5, a hearing on Syria entitled “A Crisis Mismanaged: Obama’s Failed Syria Policy” took place, but not one American-Syrian was present to highlight the effects of Mr. Obama’s policies on his country and its people.

It seems to us there was a sign somewhere that read “No Syrian-Americans allowed to testify about Syria”.

We know that Chairman Ed Royce and the other honorable members of the Committee mean well. We also know that the hearing, judging from the testimonies of Tony Badran and Danielle Pletka, were fully up to the task and represented as best as they can US interests and to a lesser extent Lebanese interests, as well, within the context of Tony’s background, which Syrians and Lebanese fully support.

Most Syrian-Americans who have been involved in pressuring Assad under the Bush Administration have been totally marginalized by the Obama Administration, except the Islamists of the Muslim Brotherhood.

Now comes a US Congress led by Republicans committing, unintentionally, the same error this administration has committed intentionally, which indirectly helps support the notion that the Islamists are OK to support.

We hope the next hearing Chairman Ed Royce would invite many Syrian-American leaders to testify and here, at TFS, we are happy to give their names to his staff should the need arise.

No Syrian-Americans Allowed to Testify

What is Wrong with the Middle East?
The Many Aces Saudi Arabia Holds Over Iran and Russia
Saudi Arabia Promoting Liberalism is for Real
Opinions 825 Slippery Barack Obama 954 Things That Matter 342

Loading...
Newer Post
It is the FISA Denial Cases, Stupid!
Older Post
Obama’s Doctrine: Extend a War to Defeat You Just to Force a Peace That Won’t Serve You