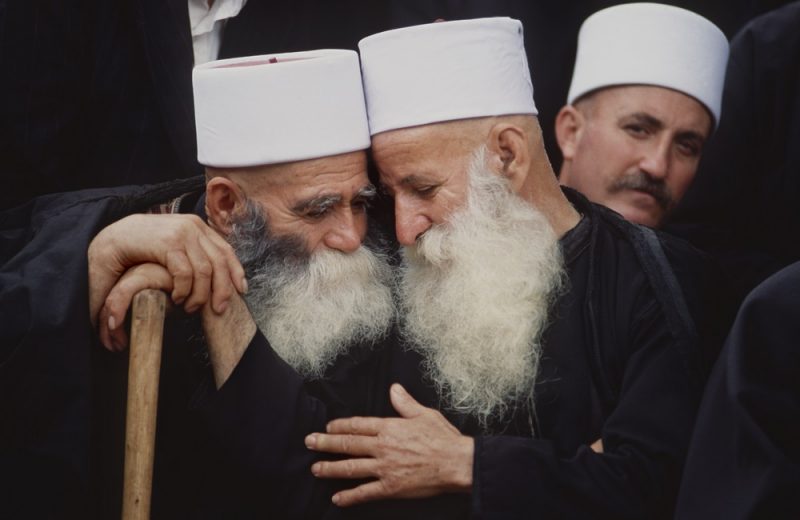 February 8, 2013 10:36 am 0
The President’s Non-Ransom to Iran
A Shameful History of UAE Detaining and Torturing People
Will Arab League Invite Iran Into the Chicken Coop?

Within the ranks of those who support the Assad regime are three main factions, one of which is what I call “Silent Supporters” made-up of people, organizations, or communities who benefit from the regime at either the economic, security, or sectarian levels. Recently, some have abandoned Assad. Losing grip, drip by drip.

One such community is the Druze community concentrated in the town of Sweida, South of Syria and extending further south into the Golan Heights and into Israel where many have become Israeli citizens serving in the IDF and even high positions in the Israeli Government. The Druze community in the Levant straddles Syria, Lebanon, and Israel.

Druze, as a religion, embraces the notion of “right through birth only”, which essentially means only a Druze born to two Druze parents extend the branches of the religion. This closes hermetically the doors to any growth through augmentation and turns attrition into an issue of survival or even extinction.

The Druze are known to be fierce warriors in battle and many of their young men and women will not, if pressed against the wall, shy away from battling their assailants. Many in the Druze communities in Lebanon, for example, have inherited the characteristics of foreign invaders with features resembling the fair skinned, blue-eyed North Europeans. With these features also come the DNA of a fierce warrior.

Since the Druze religion, in its most basic form is a cross between Islam (Shahada) and Buddhism (Reincarnation), the community has many enemies in the region it has confronted throughout its history. Muslims in the Levant consider them either Muslims or infidels, depending on the Islam they have adopted, and the Christians fear them, which have left both communities burdened by historic battles dating back to 1860.

Assad is losing grip, drip by drip. Of late, the Druze community in Syria, numbering around 750,000 has begun to peel away from Assad. There are three main reasons this is happening.

One cannot blame them no matter what decision they make. Their existence is in a constant danger in a bad neighborhood, which makes survival drive all their agendas. Sounds familiar?

The Druze joining the rebels in fighting Assad will have its impact on the regime, which is losing little by little all legitimacy to claim it can survive this war.

Will the peeling of the Druze have any effect on the other minorities within the “Silent Supporters” of Assad? This remains a wide-open possibility if Syrians can tame the extremist elements fighting Assad.