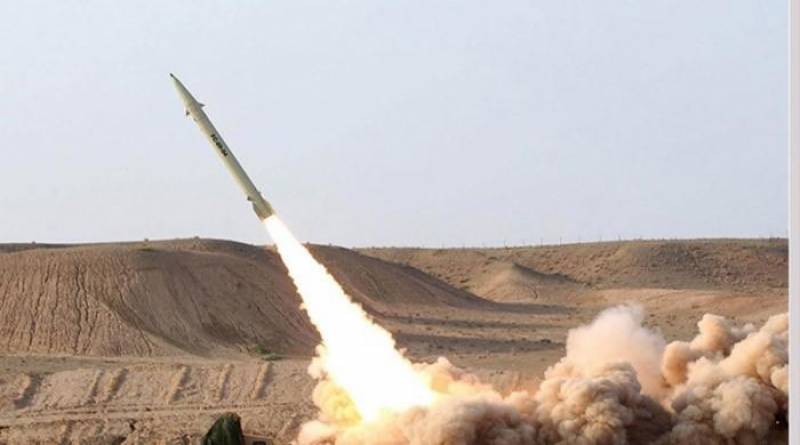 An Iranian proxy strikes Riyadh with missiles on Tuesday, the first such attack since a ceasefire put in place during the coronavirus epidemic expired last month. Yemen’s Iran-aligned Houthi movement fired the missiles that reached the Saudi capital.

Saudis could hear two large explosions in Riyadh near dawn, and smoke billowed into the sky. The Houthis said they had hit the Saudi defense ministry and a military base. In response, a Saudi-led military coalition said it had shot a missile down without making any reference to targets.

There was no sign of damage to the side of the defense ministry building that is visible from the main road or to any surrounding buildings. The area was quiet on Tuesday evening, with normal traffic flows and no additional security measures.

The Houthis have repeatedly fired on Saudi Arabia during the conflict. This is the first time, however, they have targeted Riyadh since late March.

Violence between the two sides has surged after the expiry last month of the six-week ceasefire prompted by the COVID-19 pandemic. The Saudi-led coalition, which has fought the Houthis for more than five years in a war that has pushed millions of Yemenis to the brink of famine, has typically responded to Houthi attacks with air strikes.

Houthi military spokesman Yahya Sarea said in a televised speech that the group fired several missiles and drones. Sarea claimed the missiles “pounded” military headquarters and centers in Riyadh, including the defense ministry and King Salman Air Base.

Sarea said they6 also launched attacks against military sites in the southern Saudi cities of Najran and Jizan.

The wars raging in the region, though, have all started with Iran firing the first bullet

IRAN MAY FIRE MISSILES AT ISRAEL

Tehran arming Arabs to strike Arabs has not yet dawned on the likes of Hezbollah, and Iran is today arming the Assad regime to one day strike Israel. This time around Arabs strike the Jews. Iran is in business to deploy violence against its enemies by whatever means possible.

The United States had slapped hard sanctions on Iran, but that does not seem to deter Tehran from its violence. Grant you, the Saudi side is also committi8ng atrocities by carpet bombing targets that have caused civilian casualties. The wars raging in the region, though, have all started with Iran firing the first bullet.

Over the last two years, Israel has struck Syria and Lebanon over 200 times to paralyze the Iranian military capabilities. Israeli success has kept the Iranians busy building and re-building their military infrastructures in Syria. With each success, Israel brings it all down again. The Saudis do not have the military or intelligence capabilities to prevent any Houthi missile attacks. Except the capability to intercept few of the missiles.