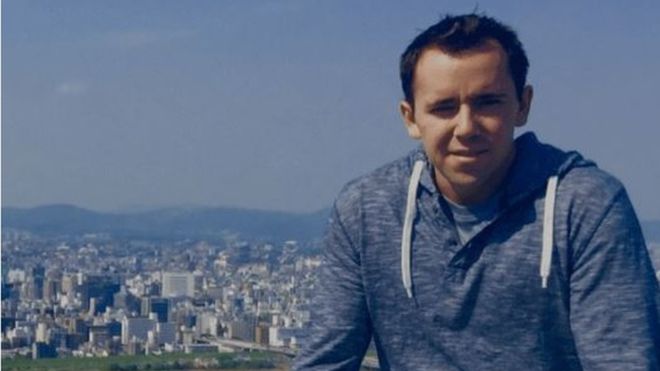 Syrian authorities have released a U.S. citizen and he has been handed back to his family, thanks to the mediation of Lebanon, a Lebanese security official said on Friday. Behind this move is Iran playing Trump like a fiddle. It reads like “Look Donny how we can help you score points with your base. Iran is your friend.”

The security official did not give the name of the released American. The media, however, identified him later as Sam Goodwin, 30, from St Louis, Missouri.

His parents Thomas and Ann Goodwin said in a statement:

Sam is healthy and with his family. We are forever indebted to Lebanese General Abbas Ibrahim and to all others who helped secure the release of our son.

The Goodwins are grateful to General Ibrahim, one of the top Hezbollah operatives in Lebanon, for freeing their son Assad had no business kidnapping in the first place. Did Ibrahim get wind of an impending OFAC listing of his name?

A spokeswoman for the family said Goodwin had traveled to Syria “as part of a personal interest to travel and experience every country of the world”. Assad kidnapped him on May 25 just to score publicity points in the future, which this time around Iran benefited from immensely.

The Lebanese security official said the country’s security chief Abbas Ibrahim had conducted the mediation. While not identifying Goodwin as the person released, the official said it was not Austin Tice, a journalist who disappeared in Syria in 2012.

The U.S. State Department said it was aware of reports a U.S. citizen the Assad regime has released. Officials at State refused to comment due to privacy considerations.

ASSAD KNOWS HOW TO KIDNAP AMERICANS

The Assad regime has kidnapped several U.S. citizens since the war began there in 2011. This includes Austin Tice whose price is for the US to normalize relations with Assad and to fund Syria’s reconstruction.

The terrorist Jihadists have also kidnapped many Americans. Some have been butchered on videos.

The United States has declined to say who it believes is holding Tice for fear of offending Assad. The US believes he is alive. It has sought the help of the Syrian government’s close ally Russia to free him.

Last year the family of another American, Majd Kamalmaz, told the New York Times he had disappeared at a Syrian government checkpoint in Damascus in 2017.