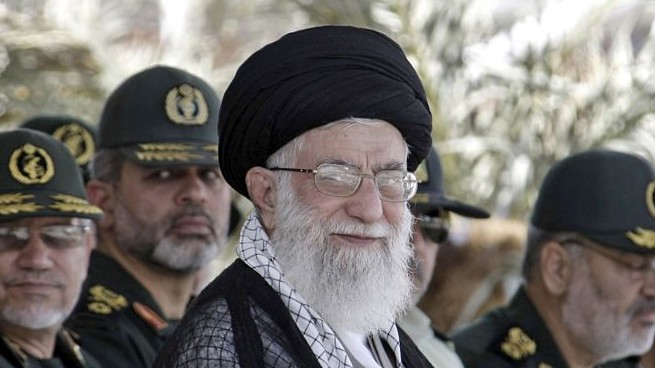 Hey Lebanese People You Want Iran, You Got Iran

December 14, 2019 9:23 am 0
Hezbollah Would Rather See Lebanon Collapse Than …
When Angry Religious Men of Violence Rule Lebanon
Thanks to Hezbollah One Can Buy Lebanon for a Song

So now, every time you, as a good Lebanese citizen who ignored Hezbollah’s trespasses in the past, reach out for an ATM machine to cash some of your earning only to receive the message that funds are not available, think about what might have you done. Think about your silence with regard to Hezbollah. Hey Lebanese people you want Iran, you got Iran ruling you.

And for those Lebanese citizens who supported and backed Hezbollah, we don’t expect you to wake up yet. Religious loyalty runs deep in Lebanon. But we must ask you to think of the future of your children. Is Iranian funded and supported Hezbollah the answer to your dreams and aspirations? Are Turban-touting extremists planning your family’s future from Tehran the answer to your ambitions? Now that your economy is in shambles, how is that working out for you? How do you like Iranian influence and interference through Hezbollah? Since when your country, many consider a gem in the Middle East, become subservient to Islamic extremists?

First, Hezbollah came at you with soft weapons. Like sticks and batons. Then, if you continue to demand a government free from their horror show, Hezbollah will come at you with their deadly weapons blazing. What? You don’t think the Mullahs in Iran will order it? Don’t be so naive. They just killed thousands of their own people when they demonstrated against them. Do you think they care about you and your family if they could care less about their own?

Look at what they are doing in Iraq. Lebanon is next until ALL Lebanese stand up to their terror, not just half the population. To start with their biggest supporters in the Christian community of the Orthodox Church. As for Michel Aoun, his is in cohort with Hezbollah because he wants to be the Khamenei of Lebanon. Installed as ruler for life.

Do you think Hezbollah wants to resolve Lebanon’s problems? They are its best opportunity to change the country for good to mirror the Iranian regime

Once they defeat you, scare you, render you helpless, just as Assad did to Syrians, then Hezbollah would institute its own reform package. To start with an authoritarian regime where the Constitution gets suspended and the people subject themselves to their authority. The economy? Do you think the Iranian economy is doing well? Do you think they care about your economy? They will keep Michel Aoun as president until he could no longer stand or speak. That’s their whole game. A system in Lebanon that mirrors theirs in Tehran to fully control their dominance.

Oh, by the way, start teaching your daughters about the benefits of wearing a Hijab or a full Burka. Does that enrage you? Well, you should have done something about it long ago. What can you do? Demonstrate freely in the streets against Hezbollah? Really? We suspect your epitaph would read “Here lays a brave but naive Lebanese good soul”. That’s it. You’re gone and so are all the liberties of your family. To those who say “They don’t dare”, we say “You are the biggest fools”.

Forget sipping Margaritas by the sunset. Forget those scantily dressed beautiful women enjoying an evening out, or wearing mini bikinis to the beach. Going forward, your best form of outing is a picnic in some corner in Lebanon, or a movie theater showing what Iranian movie theaters show. In both cases, hiding your women from Hezbollah’s prying eyes. Look at how their women dress.

HEY LEBANESE PEOPLE YOU WANT IRAN, YOU GOT IRAN

Forget the liberty of movement, or the liberty of speaking out. Just like in Syria and Iran. You speak, you spend time in the new jails Hezbollah has already planned just for you. Honestly, if you think this is impossible, take a flight to Iran for a long weekend. Or better yet, cross the borders into Syria to see what awaits Lebanon if you don’t stand up to Hezbollah today. One big stretch of Iranian-style regime of terror from Tehran and soon to Beirut.

Yes, I am talking to you the Orthodox church goer

Iran has forces in every and each country. In Lebanon, they have Hezbollah. The Mullahs use these forces to keep you in line. To keep you fearful and obedient. Hezbollah will soon show its real purpose when it turns its guns on the Lebanese the way the Iranian militias in Iraq turned their guns on the Iraqi demonstrators.

Do you think Hezbollah wants to resolve Lebanon’s problems? They are its best opportunity to change the country for good to mirror the Iranian. Just like Syria, you fool. This is where Iran is taking Lebanon. This is what they have been planning all along. Destroy the country economically to control it.

And you, the fool that you are, believed in their cause of defeating the Israelis. They could care less about that. Have you ever been a witness to one Iranian missile Hezbollah fired against Israel?

It’s not too late if only enough of you who support Hezbollah stand up to their sinister plans. If you sit on your laurels believing Hezbollah wants what’s best for Lebanon, don’t run complaining to the U.S. or the U.N. later. You asked for Iran, you got Iran.

Be courageous like Saad al-Hariri who is aware of Hezbollah’s vicious schemes against the country. Stand-up now or lose your freedoms and those of your loved ones.

Yes, I am talking to you the Orthodox church goer. Stand-up to Hezbollah today or live to regret the day you did not.

Hey Lebanese People You Want Iran, You Got Iran