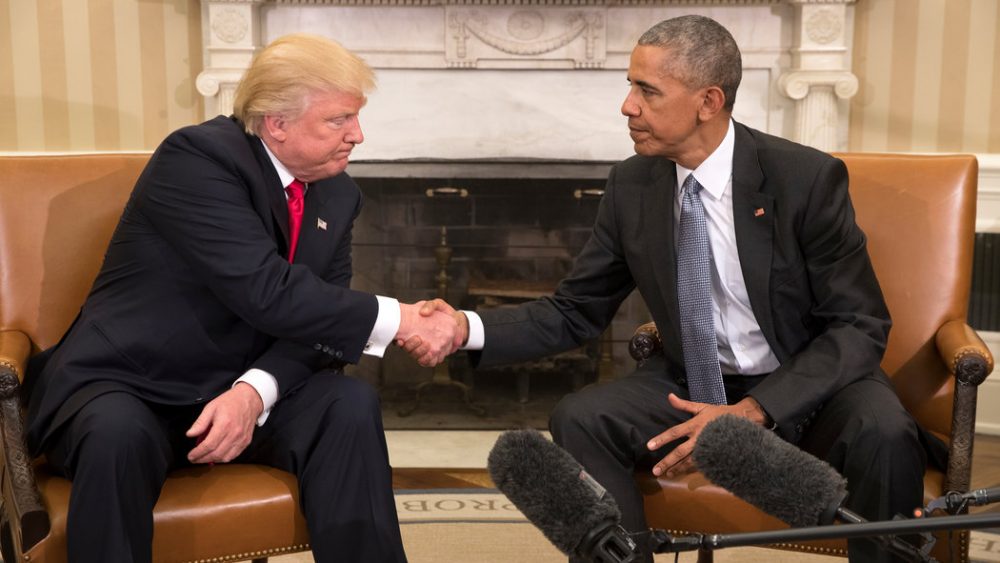 Honestly, would you not say that the destruction of Syria is the result of two successive presidential foreign policy strategic idiocies? From Obama Strategic Patience to Trump Strategic Brilliance, we now have two dimwitted strategic approaches two Presidents claimed to highlight their superior foolishness.

Yesterday, Donald Trump said he did not mind Russia helping Syria in a conflict with NATO ally Turkey. We believe Webster’s dictionary should add this example of a sentence by a sitting U.S. President to explain the word “Traitor”.

In Trump’s contracting book, it makes good sense to let those who pour concrete also install the glass panes on his Trump Tower if it costs less to build. That’s how it sounded to the rest of us. Syria, for Trump, is a contracting job, and the US troops are his people working on this job, but losing money. So, he pulls them out to control his losses.

And the Kurds? Just a sub-contractor who finished the job of defeating ISIS, but Trump decided to scam them to save money. Just as he swindled hundreds of New York subcontractors before.

Trump also rejected criticism of his withdrawal of U.S. troops from Syria that exposed Kurdish allies, calling it “strategically brilliant.” In other words, Trump is saying he is pulling his people from their Syria job because he is not making money. That’s where the brilliance lies. In his little brain.

Now, if you were a prime contractor, you would also call yourself brilliant for halting the red ink bleeding. Get it? That’s how Trump thinks. He may be a President, but his mind remains stuck into the contracting world. Syria was a job that cost him money. That’s all, folks!

If you recall, President Obama claimed Strategic Patience when confronted by Republicans over his handling of Syria’s war. He announced it just when Syria’s death toll stood at 210,000 dead.

Remember Obama’s background as a community organizer? In this job, patience is its most stable element. Just as Trump thinks like a contractor, Obama’s Strategic Patience foolishness was born on the streets of Chicago ringing bells and handing out pamphlets.

His patience is the result of too much community organizing and too little tough decision making. Hence, the Syrian tragedy unfolded while he is in the White House making as few decisions as he could.

From Obama Strategic Patience to Trump Strategic Brilliance, American power is in decline on the international stage. Just as Rome shrank to avoid losses it refused to mitigate on the perimeters of its empire by protecting it through blood and tears. Soon enough, those fighting Rome found themselves at its doorstep.