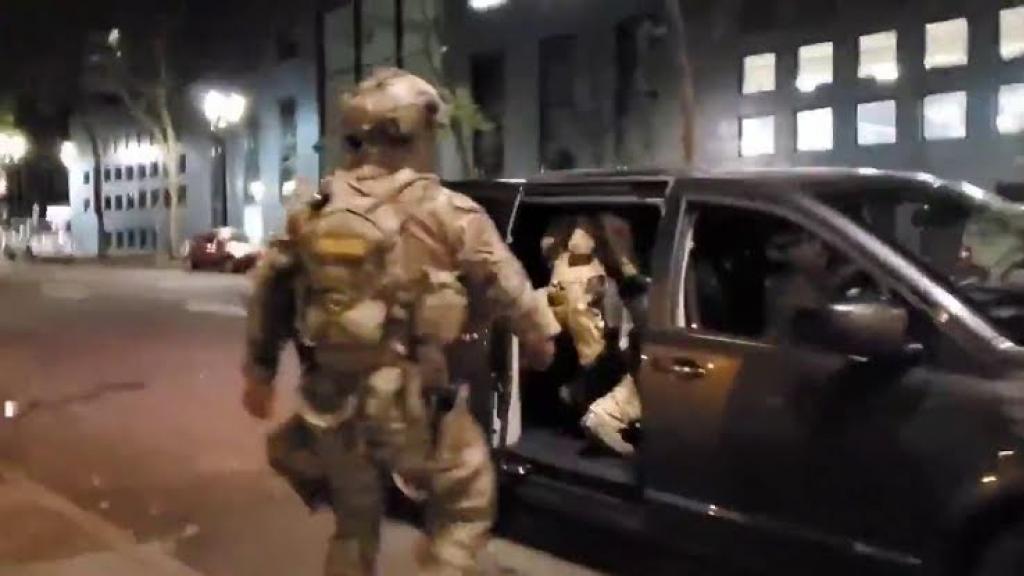 In Portland, Oregon we are witnessing Donald Trump fifty shades of Syria as he deploys unmarked vans driven by unidentifiable federal agents to kidnap protesters off the streets. The tactics remind many of us of one used by oppressive regimes to intimidate the general population.

In this instance, Trump is trying to intimidate Black Lives Matter and their white supporters into submission. A peaceful organization he referred to as “terrorists”. Just as Assad refers to civilians escaping his terror in the Idlib Province as “terrorists”.

Furthermore, on July 15, Trump ordered Homeland Security to use tear gas to disperse peaceful protesters. Just as he did in LaFayette Park on June 1, 2020 for a photo-op that even Republicans condemned. Especially, religious groups.

This is not the America we want. Trump is an authoritarian figure who is trampling upon the constitutional rights of U.S. citizens, and anyone who condone this type of behavior should visit Syria or Iran for a quick and sinister education.

Federal law enforcement officers have been using unmarked vehicles to drive around downtown Portland and detain protesters since at least July 14. Personal accounts and multiple videos posted online show the officers driving up to people, detaining individuals with no explanation of why they are being arrested, and driving off.

With every protester arrested, DHS may be keeping a registry of their identities. Just as Assad of Syria keeps track of the peaceful protesters against his rule. The similarities are too close to home to ignore as it reminds many who lived under authoritarian rule of its shady and scary world. American voters must recognize the danger of Trump.

Americans need to understand how dangerous Trump has become as he turns into a rogue President intent on destroying our Republic. The man in the White House is taking his anger of bad polling numbers on peaceful American protesters.

The worst part? The same gun-touting idiots who refuse to wear masks because it tramples upon their freedom are as quiet as a Tesla engine revving. By their standards, it’s OK to trample upon the rights of Americans who don’t like Donald Trump.

Vladimir Putin could not have dreamed of a better man to break America apart.

Russia Recklessly Intercepts US Spy Plane in International Waters
Who is Forcing Whom to the Negotiating Table?
Russia is Interfering in the 2020 Election Campaign
Elections 2020 56 Irresponsible Donald Trump 163 Opinions 1017