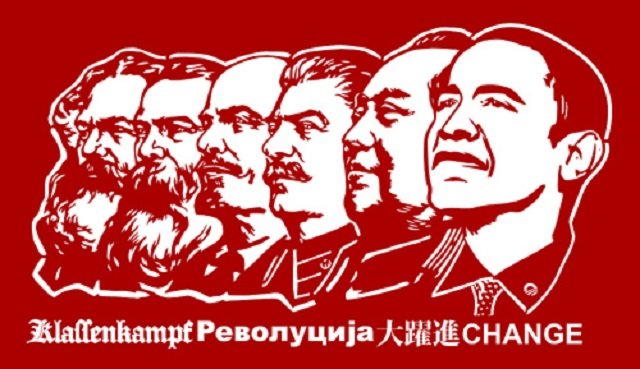 It was bound to happen. Facing criticism over his absence on foreign policy, U.S. President Barack Obama invites Falafel to explain Strategic Patience nonsense directly for Falafel to write about it.

It was the familiar Oval Office Falafel visited in the past. Obama looked jovial and happy. When Falafel inquired, Obama beamed that he became the first U.S. President to veto a Defense Bill in America’s history.

Obama saw his veto as a badge of honor to let our fighting men and women flap in the wind.

Obama: I invited you here Falafel because there is a lot of misconception about my Strategic Patience unique Doctrine.

There was a knock on the door. Denis McDonough, Obama’s Chief of Staff, whispers in Obama’s ears that Putin just invaded Syria.

Obama: Your timing is perfect Falafel, Putin just invaded Syria and I am going to use the occasion to explain my unique Strategic Patience Doctrine. You see Putin just created his own quagmire.

Then he went into a long bull***t lecture about his doctrine.

Few minutes in, McDonough knocks on the door again and enters the Oval Office. He whispers to Obama that Putin just killed all the CIA-backed moderate forces in Syria.

Obama: You see Falafel, Putin thinks by killing the moderates in Syria he can secure Assad. I think he just got himself in more trouble than before because my Strategic Patience Doctrine says so.

Falafel, listening patiently and nervously, did not interrupt the president as he went on into another long crappy diatribe to explain the nuances of his Strategic Patience bull***t.

After a while, McDonough knocks on the door again and whispers into Obama’s ear that the Saudis just threatened to send more fighters to Syria, possibly armed with anti-aircraft missiles.

Obama: As I was saying Falafel, my Strategic Patience Doctrine allows me to enjoy Golf, having dinner with my family, and catching-up on reading Comrade Lenin. It also allows me …

Ten more minutes of more bull from the commander-in-chief Falafel had to listen to without interrupting.

ALL GOOD NEWS ON THE EASTERN FRONT

This time around Falafel knew the knock was coming before he heard it. The news this time McDonough shared with the president was that Putin has threatened any country that delivers anti-aircraft missiles to the rebels with a direct military confrontation.

Obama: You see Falafel, Putin knows that I am a strategically patient president, so he keeps testing me not knowing that he lost already just because of my Strategic Patience Doctrine.

Falafel interjects this time around.

Falafel: Mr. President, if Putin strikes Saudi Arabia, oil prices would soar to $300 a barrel, which would help Putin economically and destroy the U.S. economy. Not to mention this could be the beginning of World War III and an uncontrollable nuclear arms race. You have to do something Mr. President to show that America will not sit idly by.

Obama: This is the core of my Strategic Patience Doctrine Falafel. Have you not been listening? Just ignore and things would get better by themselves. It gives me time to oversleep in the morning.

Then Obama looks at his watch, and jumps up immediately.

Obama: Got to go Falafel, my nine iron calls me.

Then he turns to McDonough who was still waiting.

Obama: If oil prices soar to $300 a barrel, blame the GOP in Congress for sending me a Defense Bill whose funding is lacking to confront Putin, which forced me to veto it.