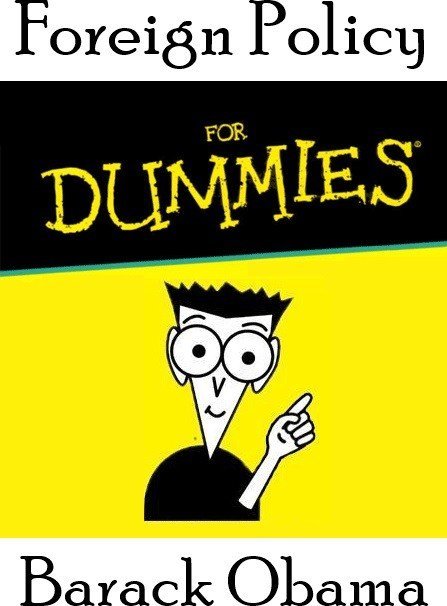 It is January 20, 2019. It has been two years since Barack Obama has left the White House and his first day back in Chicago after a two-year vacation playing golf.

The forgotten-in-chief just signed a contract with John Wiley & Son to write a new book to be titled Foreign Policy for Dummies.

My friend Falafel jumped on the occasion to interview Barack Obama about his new upcoming Foreign Policy for Dummies book.

Obama: “I had the best two years of my life. Nothing but balls, holes, and poles”

Falafel: “You just signed your first contract to write “Foreign Policy for Dummies”. How did that happen?”

Obama: “Well. I was on the golf course and a friend suggested I write it. His exact words were “You were such a disaster, why not write about it for future generations to learn from your mistakes”? So, I did”

Falafel: “Wait a minute Mr. President. If you made so many mistakes, what qualifies you to write about the subject?”

Obama: “It was easy. a six-figure contract and more golf. HeHeHeHeHe”

Falafel: “I meant you admit you were such a disaster, so who will read the book?”

Obama: “No matter. As long as they pay me”

Falafel (giving-up): “Give us a hint about what’s in Foreign Policy for Dummies”

Obama: “Well, I talk about how important it is to confuse everyone. You see, the art of foreign policy is to confuse people by doing the opposite of what is required”

Obama: “Because, if people know what you are up to, you will be in big trouble”

Falafel: “Can you elaborate Mr. President?”

Obama: “I never wanted to remove Assad from power because he is a threat to Israel. But saying so would have dried up my J Street fundraising inflow and gotten me in deep s***. So, I pretended to be removing Assad to confuse everyone.”

Falafel: “I see. What about U.S. interests? Did it occur to you that if Assad is gone, Iran might be weaker, which means less danger to the U.S.?”

Obama: “How could Iran gone be more danger to Israel?”

Falafel: “Why Israel matters to you so much?”

Obama: “Because it is full of Jews”

Falafel: “The Jews suffered much throughout history. Why do you hate them so much?”

Obama: “They did not suffer enough”

Obama: “I am Barack Hussein Obama”

Falafel (exasperated): “What is your next project?”

Obama: “I will be visiting Iran in June to honor the 40th anniversary late memory of the Supreme Leader Ayatollah Ruhollah Khomeini”

Falafel: “How much are they paying you for this stunt?”

Obama: “$1,500 plus 50% of all Rial sales of Khomeini T-Shirts for one month. My friend Warren promised to give me a favorable exchange rate. The Mullahs also promised to add Foreign Policy for Dummies to their high school syllabus to sharpen the minds of their youths.”

Falafel: “Thank you Mr. President for writing on behalf of the dummies”