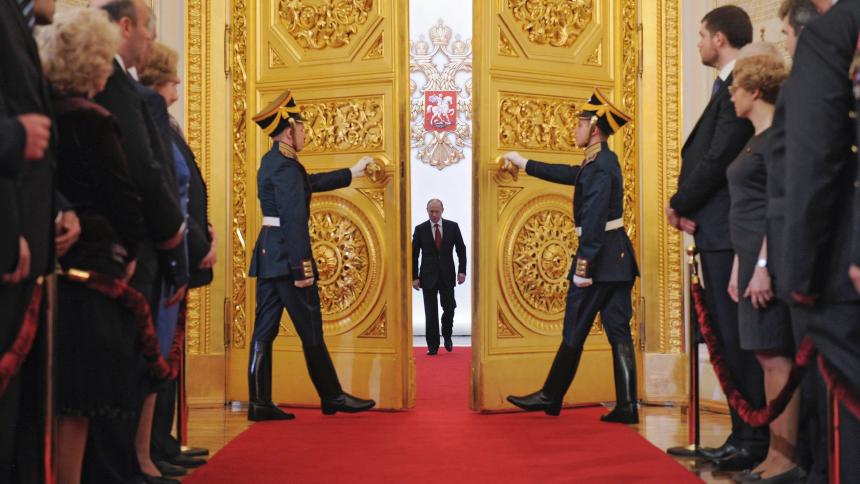 October 16, 2019 1:54 am 0
Security Colonel Killed in Homs Result of Lack of Security
The Irony and Practicality of Western Justice
Finally Syrians Have a Safe Zone Assad Cannot Touch

Is it not a fact that in the last four years, ever since Russian troops invaded Syria to help its illegitimate ruler Assad, we have witnessed America declining and Russia rising with such a dizzying speed? Under two separate Presidents each with a hidden agenda?

President Obama’s agenda was to facilitate replacing American power with anybody’s but America. Hence the Iran Deal. And President Trump hidden agenda is just a Trump Tower in Moscow; or some other compromising factor Putin holds over his head. Either way, the decline of American power in the Middle East is no longer a tendency. It is a cemented fact that countries with mass murderers, like Syria, Iran, and Russia, are celebrating enthusiastically.

And when the U.S. evacuates, wars, score settling, and new alliances form to occupy that space. But as the US pulls out, it wields its sanctions weapon to avenge its own foreign policy mistakes. Both the House of Representatives and the Senate are introducing new sanctions against Turkey.

The decline of American power has been engineered by two successive U.S. Presidents. No sanctions against Turkey, Syria, Russia, or Iran are going to stop them from gobbling up the power vacuum left behind. Sanctions, although we champion, now look like the response of an angry neighborly man trying to rule an unruly neighborhood in another zip code. Credit the thought but naught the results.

When the US wins in foreign policy matters, its economy wins as courtesans pour into its commerce bazaar seeking favoritism for their well spent money. Rent a whole floor at Trump Hotel in Washington D.C. and watch the President swoon over you.

Today, courting Russia has become a priority for every Arab ruler. The seismic shift obligates them to turn to the Russian commerce bazaar and ignore the American one. However, as the U.S folds its tent in the region, witness the decline of American commerce follow ever so slowly. Its inevitability is the sign of new times with new paradigms and new loyalties.

ALLIES FLAPPING IN THE WINDS

U.S. allies in the region fall in two categories. Those who can defend themselves like Israel, and those who need to spend billions on weapons to scare their enemies. Both kinds must find ways to accommodate Russia in this new Middle East order. Of course, at the expense of American power because Russia harbors nothing but hostile intent. Just ask Poland and Ukraine about Russian terror. Past and recent terror.

How will Israel, whose two-way friendly relations with a U.S. Congress with waning foreign power, adjust to this new reality? Putin will not permit such “friendliness” over his State Duma or Federation Council. You can bet Israel is looking for ways to influence Russia.

For the Gulf countries, it will be far easier to seek Putin’s benignity by using their sovereign funds to attract Russian industries. That includes weapons and all.

There is a third category of U.S. allies, but Islamic terror has obliterated it. We used to call it freedom. The one America felt obligated to help the oppressed achieve. Like the Muslim liberals now an endangered specie thanks partially to terror in the name of Islam and partially to American fatigue of watching its investment yield no returns.

This American decline is damaging causes, peoples, and countries. The Kurds’ fate, now in the hands of Turkey, is but one succinct example. More dominoes will fall pretty soon. By those who, come hell or high water, feel the most loyalty to American values. Just look for the signs to appear soon when Putin either courts them because he needs them, or obliterates them for their stripes and starry eyes.