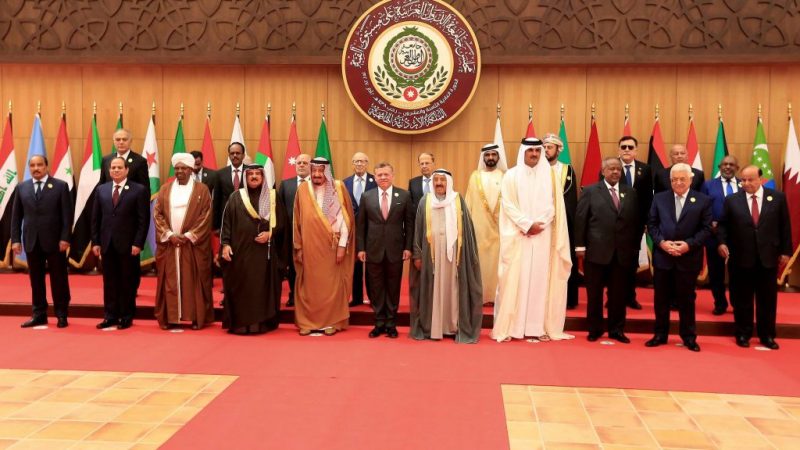 The Illegitimate Nature of the Arab League

October 15, 2019 7:35 am 0
War Against Assad Might Go Special Ops Hit and Run Way
Is Irrational Trump a Danger to National Security?
When the Useful Idiots Apologize

Take for example their latest statement the majority of its member families issued, which al-Bawaba summarized in two paragraphs:

Arab League Secretary General Ahmed Aboul Gheit on Saturday led Arab foreign ministers in lambasting Turkey’s military operation in northeast Syria as an “invasion of an Arab state’s land and an aggression on its sovereignty”.

Adel Al-Jubeir, Saudi minister of state for foreign affairs, condemned the Turkish invasion, and urged the international community to act immediately to end it.

Little bit of history is in order here.

Turkey has embraced the Muslim Brotherhood Islamic identity born in Egypt around the 20th century. The MB doctrine is at odd with the Salafi-styled Wahabbi Islamic doctrine Saudi Arabia has been spreading since its inception. Both Saudi Arabia and Turkey stand on different sides of the Muslim religious doctrinal firmament, which also translates into opposing political differences.

When Mohammad bin Salman ordered the killing of Jamal Khashoggi, his intelligence services did not realize that Turkey was watching and filming Saudi movements to protect Jamal. Khashoggi embraced the Muslim Brotherhood that Turkey championed, which gave the Saudi Government one more reason to kill him.

With this clash in perspective, The Arab League, with much influence from the cash kingdom, attacked Turkey’s incursion into Syria and called it an invasion.

Another note of interest. The Muslim Brotherhood is adamant about destroying Israel and the Jews in the region. While the newly-minted anti-Salafi Islamism rising in Saudi Arabia under MbS is a bit more pragmatic. Hence, Israeli deference to Khashoggi’s killing and Saudi Arabia towing the line of the Kurds, Israel’s true friends.

President Erdogan of Turkey responded to the Arab League attack by stripping the league naked. His Communications Director wrote on Twitter:

I strongly condemn the Arab League for mischaracterizing Turkey’s counter-terrorism operation in northeastern Syria as an ‘invasion’ in a statement issued earlier today. We can only take pride in the fact that governments, which did not mind the terrorist organization [Kurdistan Workers’ Party] PKK’s occupation of a predominantly Arab area, the displacement of Arab civilians from their lands, or the destruction of Arab villages, are unsettled by #OperationPeaceSpring”.

The fact the Arab league saw more fit to attack Turkey’s incursion to re-settle 3.7m Syrian Arab refugees on their own lands because of religious differences shows whose interests the Arab League protects. The Arab families ruling could care less about Syrians or Arabs. It is simply about their own self and quite narrow interests. After all, governing some 400m Arabs calling for freedom requires a bit of evil.

Barring from our criticism is the little country of Jordan we believe its leadership is as caring and as remarkable.

Here at TFS, we care about the Syrian people. The most vulnerable and the ones likely, as the last nine years demonstrated, to be the target of someone else’s own sinister agenda. Syrian refugees need to return home and have someone serious to protect them from the Assad dungeons of torture and death. If Turkey volunteered for this job, then hurrah to Turkey.

The Illegitimate Nature of the Arab League