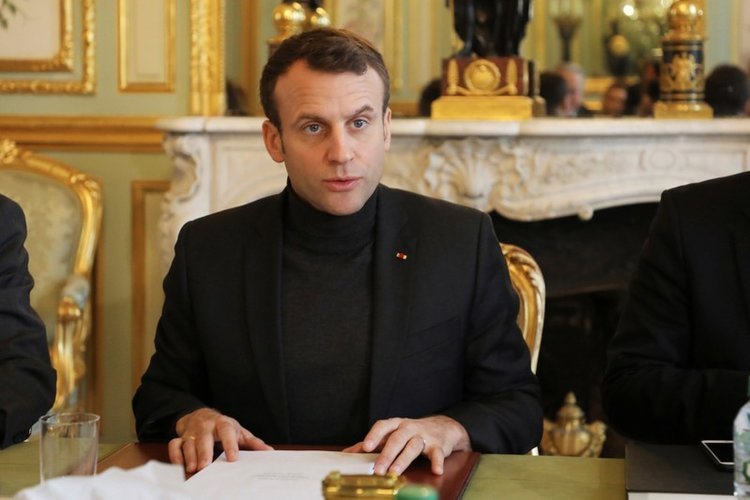 Unlike Barack Obama’s red line, which he rolled in thin paper and smoked to his heart’s delight, we believe President Emmanuel Macron’s red line is serious business.

Falafel: President Macron, thank you for the interview.

Falafel: Are you serious about striking the Assad regime should the butcher of Damascus use toxic agents against his own people?

Macron: Of course, I am.

Falafel: This is a big step for France. What changed your heart?

Macron: Our military sales have been eclipsed by the sales the Russians have been able to command lately. We need to re-establish ourselves as a premier weapon manufacturer in the international markets.

Macron: Russian orders for sales of weapons during the last Dubai airshow soared. Putin is selling every weapon he tested in Syria to countries around the world at the expense of France. We need to recover from this economic disaster. France, as a democratic socialist country, cannot survive on 21% VAT and tourism.

Falafel: So you think testing your weapons in Syria would do the trick?

Macron: We see it more as punishing the Assad regime for use of chemical weapons, which I know, from your history, you approve of.

Falafel: Assad must be punished, no doubt. Where and how will France test, sorry strike Assad?

Macron: We already have some targets laid out. Syria, as you know, has become a land of arms depots, WMD manufacturing, missile bases, a Jihadist enclave, mercenaries last frontier, Iranian bases and military camps. Should I go on? There are many, many targets to strike should Assad deploy chemicals against his own people.

Falafel: How many weapons will you deploy?

Macron: Tit for tat to mirror those deployed by Putin. Our fighter jets, helicopters, and missile systems are the best in the world. You will soon see them in action in Syria.

Falafel: Will you pull back after destroying the chemical depots and manufacturing?

Macron: No. We will after we book around $10 billion in military FMS sales.

So what if France wants to boost its military sales? As long as the Assad regime gets punished along the way, many Syrians are on-board.