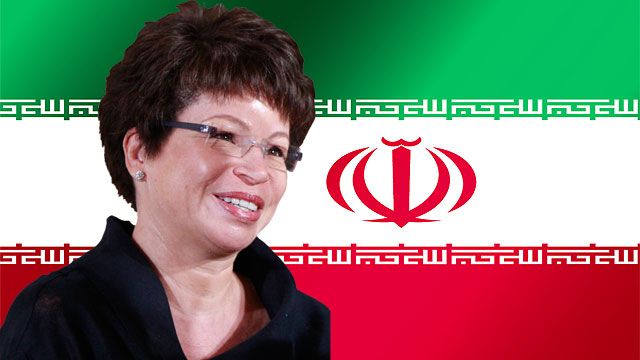 Falafel stumbled onto a meeting

January 24, 2015 8:25 am 0
Sunnis, Shiites Hold Unity Prayers in Kuwait
The Architect in the White House
Optimistic Facts and Predictions About the Arab Revolutions

My friend Falafel stumbled onto a meeting while waiting to interview Michelle Obama for her taking credit for fixing the immigration system as her website indicated.

The meeting Falafel stumbled upon was being held in the bathroom adjacent to the Oval Office where there are no listening devices or cameras. Comfortably standing in the bathroom were five people present. Barack Obama, Susan Rice, Ben Rhodes, Denis McDonough and the ageless Valerie Jarrett.

To hell with immigration Falafel heard himself think. What are these five coyotes whispering about? Never to miss an opportunity, Falafel listened intently.

Jarrett: “I would ask Suleimani directly”

McDonough: “The Iranians will be asking for something in return. What can we possibly give them this time after Syria and now Yemen?”

Rhodes: “I think they want Bahrain badly. We should consider it”

Obama: “You are certain if we give them Bahrain, they will attack Israel with their largest missiles?”

McDonough: “For sure. Bahrain kicks for them the door open to sneak into the whole Gulf region. They would want guarantees the White House would delay sending any military aid or delays in replenishing their defensive weapons”

Obama: “Ok. Do it. I want Israel punished no matter the cost. By the way, how did the Mossad know to strike the Iranian General in the Golan scouting for an attack? Do we have an intelligence leak here?”

Rice: “We cannot trust any of our intelligence services. They are not marching to our tune no matter what we do”

Obama: “OK. Ben, get the NSA to send us something on all heads of our intelligence services. I want to squeeze them a bit”

Rhodes: “Just to make sure we exercise deniability, do we all have standing appointment items to show this meeting never happened?”

Everyone nods except Obama who laughs.

Obama: “Deniability? I want every f*** bastard who opposes me to know I am coming after them”

McDonough: “Mr. President, I am not sure this is such a …”

Jarrett: “He will know about your decision today and it will be few weeks before he acts. My experience with him, he is too meticulous when it comes to acts of terror”

Obama: “As long as he times the attack to take place the first week of March. Netanyahu must not deliver a speech in Congress”

Jarrett: “That will be our condition for giving up on Bahrain”

Obama: “You made my day folks. Let us make Israel suffer and Netanyahu run back on his knees asking for my forgiveness. Meeting adjourned”.

Falafel melts away to meet Michelle for her interview.

Falafel stumbled onto a meeting

Who is Protecting Assad Inside the Arab League?
Bahrainis Deserve Their Freedom
The Freedom Bug
Political Satire 115 Slippery Barack Obama 961