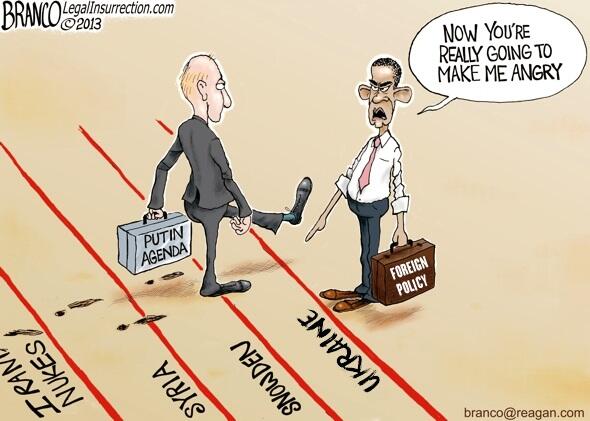 In the award-winning series “House of Cards“, a cunning Francis Underwood, playing the role of the Vice-President of the United States, with his equally as crafty wife Claire, both undermine their own President through a calculated, artfully implemented plan to impeach him.

Every single challenge facing the US today on foreign soil, to include the spread of terror, is the result of Denis McDonough undermining American power during a stroll with the President on August of 2013.

If one dissects the 45-minute, reflective stroll the President and McDonough took prior to inflicting pain on Assad for the use of chemical weapons against his own people, one would understand why Obama finds himself in so much trouble today.

If in doubt, look at what is happening in Syria, in Crimea, in Nigeria, in Mali, in Afghanistan, in Kenya, in Somalia, and more recently in Iraq ever since August 2013. America is watching its sacrifices since 9/11 go to waste thanks to the inexperience of Barack Obama and the people surrounding him.

Syria?s Red Line moment, which truly expressed an utter failure of leadership, has turned into President Obama?s only reliable brand. McDonough, singlehandedly, has diluted Obama?s brand of Hope and Change into a timeless brand of a toothless President red lining our enemies.

Very few articles written today about President Obama’s foreign policy resist or fail to mention his Red Line on Syria as part of the narrative. Its importance is destroying Obama’s legacy. He is stuck with this negative brand, representing the many reasons why Americans should have never voted into office an inexperienced candidate who fooled everyone.

In my humble opinion, Obama’s Red Line will reverberate and ripple long after the President leaves office. It is just so Nixonian because the harm it has caused is incalculable.

This President has surrounded himself with political operatives, not policy experts. All the administration?s experienced public figures, like Secretaries Robert Gate, Leon Panetta, and Hillary Clinton have long abandoned his ship.

Have you ever wondered why highly intelligent people of experience abandon a ship? They foresee the sinking with the likes of McDonough, Jarrett, Rhodes, and so many others building a political wall around their President, which inevitably turns him into an out-of-touch-with-reality kind of a Commander-in-Chief.

Now, America is left with amateurs to protect her interests, and nothing like the failed country of Syria to stare us in the face to remind us, on a daily basis, of that fact.

Very few Americans realize that to fix Mr. Obama’s Syrian mistake, future US Presidents may have to dispatch US boots on the ground somewhere to re-instate America?s hour of greatness. The last perception our enemies have is that of a tentative and indecisive America based on red lining Assad and then blinking, something for which the price is too dear to endure for long.

Syrian-Americans wish America did not have to experience this sinister reality for it would have been far better for the US had our President made sound decisions that would have saved countless lives and nipped terror in the bud.

Having said that, Americans should be truly concerned about their safety and security in light of how this White House is conducting its foreign policy. The spreading of terror is bound to come back to haunt us, the way it came back to haunt all Americans on 9/11 after doing little to combat it in the nineties.

This time around, it may be far worse because President Obama is attempting either to ignore terror (in Syria, Iraq, Nigeria, Kenya, Afghanistan, Mali, Somalia) in the hope it goes away on its own or to collaborate with terror (Iran, Syria, Hezbollah) in the hope it will be merciful.

Given the results before us, America is paying dearly for a stroll that showed the world how rudderless this great nation is.