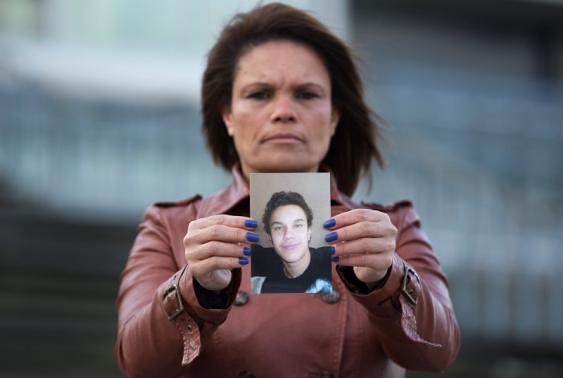 (Reuters) – As Belgium braces for a verdict in Europe’s biggest trial of those accused of fostering Islamist violence in Syria, much attention is on poor Muslim immigrant communities’ struggle in a region blighted by youth unemployment.

But for parents in Antwerp, a city on high alert since the Charlie Hebdo massacre in Paris and police raids on Belgian jihadists, Wednesday’s ruling by judges there may never explain why their two sporty teenagers, with no Muslim heritage, abandoned comfortable homes to take up arms in the Middle East.

And whatever sentences may be passed on their sons, Brian De Mulder’s mother and Jejoen Bontinck’s father both say the damage done by those who recruited them – harm that includes lost jobs and disrupted homes for parents and siblings – cannot be undone.

“For me there is no difference to a sect,” Dimitri Bontinck, 41, told Reuters. Local group Sharia4Belgium enticed his then 18-year-old son to travel to fight in Syria, he said, leaving him and Jejoen’s Nigerian-born mother distraught.

With Belgium outstripping its European neighbors in providing foreign fighters for the likes of Islamic State and al Qaeda – some 350 from a country of just 11 million – Bontinck made national headlines by risking his own life to travel, three times, to the war zone. And he managed to bring his son home.

Now 20, Jejoen Bontinck has been a key witness in the trial on terrorism charges of leaders of Sharia4Belgium. But he also faces up to four years in prison himself as one of just nine of the 46 defendants present. The other accused, like 21-year-old Brian De Mulder, are still in Syria. Or may already be dead.

De Mulder’s Brazilian mother Ozana Rodrigues says she still weeps every day for her son, once a promising youth soccer player. She believes it was being dropped by his professional club, aged 17, that led Brian to religion, and violence.

Like Jejoen Bontinck, Brian De Mulder was converted to Islam and quickly became very devout, dressing in robes, insisting on halal meat and criticizing his mother and sisters for dressing immodestly.

One day he announced he wanted to volunteer for charity work in Syria: “I argued with him saying that there were plenty of opportunities here,” Rodrigues said. “He told me he didn’t want to because all the people here were infidels.”

She moved the family from Antwerp to the countryside. But Brian kept in touch with his radical friends. One morning, Rodrigues said, “I went to his room and noticed he had gone. They had taken my son.”

Two years have since passed. Brian has sent word he is in Syria but they have little contact.

“An event can happen in the life of person that acts as a catalyst,” said Ghent University’s Bilal Benyaich, a political scientist who has studied the radicalization of young Belgians. “They find themselves outside of the system and believe it’s society’s fault they have suffered.”

“They find solace in radical Islam. There’s black and white and good and bad … You feel liberated from this uncertainty and you suddenly have a goal.”

But disruption and stigma hurt others. Dimitri Bontinck and Ozana Rodrigues both lost jobs. Brian’s mother and 13-year-old sister are also homeless, relying on friends and family to house them.

The defendants have little sympathy from a public shocked by raids on jihadist cells last month that police said showed some Belgians were returning from Syria to attack their homeland. Two died in a shootout a week after Islamists killed 17 people in Paris, at Charlie Hebdo newspaper and a Jewish grocery. Last summer, a gunman killed four people at Brussels’ Jewish Museum.

European Union leaders will agree tighter counter-terrorism cooperation at a summit in the Belgian capital on Thursday. One priority is combating the radicalization of young EU citizens.

Dimitri Bontinck hopes the court will let his son seek a new life far from Belgium. Prosecutors want him to serve four years.

Rodrigues hopes the judges will punish those she blames for taking her son but sees no consolation: “If my son had died in a car crash or got hit by a bullet, I could bury him,” she sobbed. “I could say goodbye. But my son is in Syria. What can I do?”