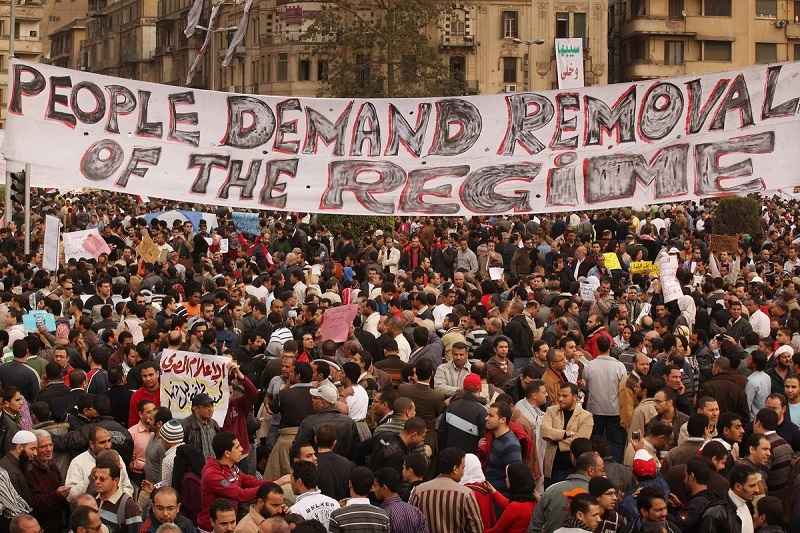 Brace for Arab Spring 2 Due to Coronavirus

May 1, 2020 6:27 am 0
Iraq Has Thousands of Confirmed COVID-19 Cases
Assad is Refusing to Free Syrian Prisoners Despite the Coronavirus
Thousands of Syrians Succumbed to COVID

The coronavirus pandemic in the Middle East region, in addition to the rise of a new breed of ruthless Arab leaders, have created the perfect conditions for the perfect storm. One should brace for Arab Spring 2 due to the Coronavirus and hopefully without the help of Islamists or Islam.

The virus has created a new class of poverty only those on the front line see it shape the political landscape.

If the street does not rise quickly and overthrow their ruthless rulers as quickly, the dictators would have time to sprinkle the revolution with enough Islamists to derail the liberal movement rising against them. The formula for success, in this new age, is the swift coagulation of secularists. We can assure you that every prison from Egypt, to Syria, to Iraq are full of Muslim extremists fighters ready to bear arms again. All the Arab rulers need to do is unleash them to turn any liberal movement into an Islamist one.

If Arab rulers have their formula to retain the crown of destitution and oppression, the liberals must have their counter-plan to lead their country to better pastures. Free from Islamists using violence to rule.

The problem with the above scenario are the logistics involved in any whack-a-revolution. Liberalism, in and by itself, promotes unity by consensus. Except that in the Arab world, consensus is a panacea because it requires compromise. A commodity in short supply considering the gravitas of corruption.

Unless the west commands the heights of a revolution with institutional military command structure, no Arab Revolution could succeed. It is almost an impossible task considering the resources available to Arab rulers to mobilize quickly to protect their turf. Syria is one good example of how a potent Arab Revolution, supported by the majority of the population, could go sideways on its founders. Not only did the Islamist terrorists command it within one year, but the west sat it out thanks to Barack Obama.

Unfortunately, the west is unwilling to tread towards another Iraq liberation. Look where that took the United States inn terms of human lives and treasure. Many, in the upper crust of decision makers in the U.S., believe Muslims and Arabs are ill-equipped to handle democracy. And they may be right after watching Iraq crumble and die.

If Machiavelli witnessed the state of affairs of Jordan as opposed to Syria today, he may have written The Prince with a totally different conclusion

The Arab street best hope, then, lies with non-violent rulers willing to listen to their people. Rulers who don’t kill their own citizens in dungeons just to strike fear in their hearts.

In Machiavelli’s The Prince, the author weighs-in on the side of ‘fear’ rather than ‘love’. Machiavelli believed it’s better to be feared than loved. If Machiavelli witnessed the state of affairs of Jordan as opposed to Syria today, he may have written The Prince with a totally different conclusion.

Arab rulers are always ready for uncertainties. As of today, the west is only ready to bring the Khamenei regime down, which is monumental task. However, when successful, a defunct Khamenei regime booted out of power might create a domino effect. At the least, it might drag with it Hezbollah and the Iraq barbaric militias that Iran backs to build a state within a state.

Bringing the Iranian regime and Hezbollah down is good enough for many Arabs, we believe. Keeping our fingers crossed.

Brace for Arab Spring 2 Due to Coronavirus