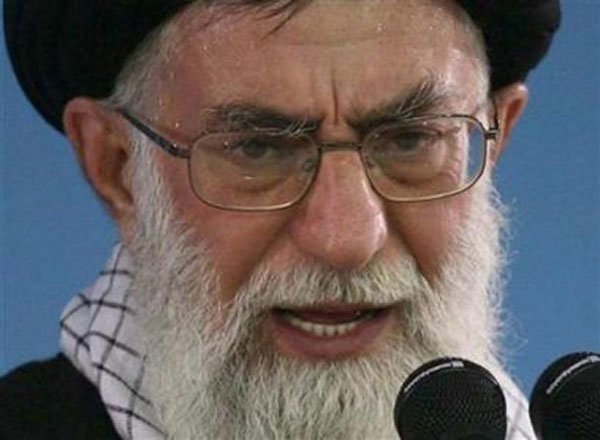 Step back and consider a Birdseye view of three actions President Obama has not considered their consequences with the same diligence and scrutiny the Bush Administration rarely failed to apply.

One action deals with negotiating with a regime of terror in Iran, which continues to kill innocent Syrian women and children, while Mr. Obama feigns ignorance of their plight.

Another action deals with freeing five hardcore Islamists from Guantanamo, in return for a suspicious US Army deserter, in all likelihood all five may re-emerge in Syria, sooner than we can imagine, in order to train more followers to set their eyesight on the US and Europe.

Lastly is the President?s unequivocal and illogical refusal to help the moderate Syrian opposition our allies in the region have been seeking for over three years.

In summation, President Obama negotiates with terrorists, frees terrorists, and protects terrorists (i.e. Assad). Americans miss this reality because of the high decibel spin this White House has been practicing that puts Joseph Goebbels to shame.

These three separate actions, if viewed collectively, show clearly a US President feeding terror, not helping curb it. Why are we surprised at the terror against Jewish targets in Brussels, Paris, and so many other places since our own ignorant Millennials elected Mr. Obama?

I shudder to imagine all the secretive deals this President may have concluded the public is unfamiliar with; I am talking about secret and concluded negotiations, secret back channels giveaways, and secret decisions that we will only learn about once Mr. Obama leaves office. Any doubts the election of Barack Obama will be haunting the US for a long time.

Honestly, I am starting to believe the real President of the United States is Valerie Jarrett, a minor Chicago political operative whose only fame is to catch Barrack Obama when he fell in her lap. My sense is that Ms. Jarrett believes the world stage is her play-dough to twist and bend as she pleases. Do we all remember her first failure, out of the gate in 2009, when she pressed the President to bid Chicago for the Olympics just to feed the windy city corrupt political machine she grew up in its shadows? The red flag bearers, in the mainstream media, were dormant on that one.

The fact she is the only confidante Mr. Obama allows her the latitude to visit the private quarters of the White House should be a sign of her influence over Mr. Obama?s misguided actions and incoherent policies.

Appeasement has long-term consequences far beyond the spin stories our own attention span is able to absorb. Unless we expose their results, from time to time, to demonstrate their fallibility, Americans may never be able to perceive danger correctly in the same span of time it took them to believe spin and propaganda.

Perception is a powerful conscientious element that plays a role in how people elect their officials. This is why exposure of disconnected detrimental actions, collectively, is essential to change their course.

Many Americans perceive President Obama as attempting to extract the US from costly wars when in fact he is building the foundation to compel the US to go into Europe, Africa, and the Middle East to start new wars in the future that have an existential element.

One that Valerie Jarrett?s lack of elementary understanding is feeding by creating the right environments for terror to flourish across many regions simultaneously.

Hezbollah: A “Jihad duty” to Kill Syrians
Hailing Tyranny from the Sideline of Democracy
Will Israel Escalate Its Operations Against Hezbollah in Qalamoun?
Radicalism 567 Slippery Barack Obama 976 Western Appeasement 483