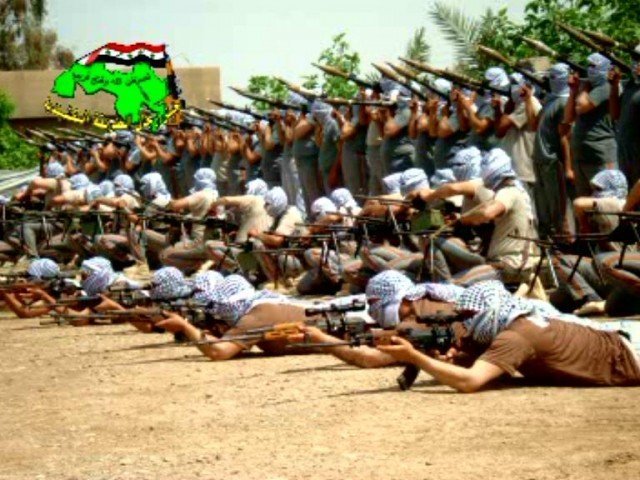 A wave turns into a tsunami of terror

If I were running strategic sessions of the GOP, I would hammer our President over his dithering on Syria, which continues to birth one tragedy after another.

The President had a golden opportunity, in 2011, to stand tall behind the moderate forces of the Syrian opposition, but instead he chose to ride the wave that today is turning into a tsunami of terror.

The latest such tragedy is the senseless attack by a terror trainee at the hands of Sunni extremists operating between Syria and Iraq under the name The Islamic States of Iraq and Syria (ISIS) against the Jewish Museum in Brussels. If anyone believes this is not too close to home, think again. These terrorists are all coming to American shores one day.

Those who compare Libya to Syria are clueless about demographics. Syria and Lebanon share much in common in that field, and if Lebanon is able to co-exist peacefully with its minorities, so can Syria.?There is a reason why most of the Jihadists are foreigners.

Israel has been at the forefront of helping injured Syrians seeking shelter and care in their hospitals, yet Israelis are the first to pay the ultimate price of terror in return for their kindness. This is a tragedy only Jews can feel in their hearts and I, as a Muslim, feel it with them. All moderate Muslims must stand behind Israelis and the Jewish communities around the world fearful of what might happen next.

Furthermore, I think President Obama should travel to Brussels to pay homage to the fallen innocent. It is the least he can do considering he is indirectly responsible for this tragic outcome. ISIS would not have existed had President Obama armed the moderate Syrians to defeat the Assad regime quickly and contain the terrorists the way al-Sissi is containing them in Egypt today (ISIS is different than the Islamic State of Iraq and the Levant?founded?during the Iraq-Iran war). He should have listened to what the Saudis and the Israelis were telling him.

Does anyone have any doubts this act of terror helps Assad, another terrorist supported by Iran and Hezbollah? The timeless edict of ?If not me, it?s the terrorists? is re-surfacing again, and everyone is forgetting that if it was not for the oppression, the violence, and the terror of Assad, Syrian civilians being gassed, starved, and bombed by SCUDS and barrel bombs would have no reason to seek protection by anyone who offers it.

They were wailing for Mr. Obama?s help for over two years before they began to lean on al-Nusra and ISIS for protection. Does anyone have any doubts what Mr. Obama?s one-step forward, two-step backwards policy on Syria has done to empower the Islamist terrorists? Especially, after he delivered a forceful speech to bomb Assad for gassing Syrians only to back down a week later with a 180-degree speech on the same subject.

The mistakes the world community has committed on Syria, to include the intransigence of Putin, the vacillation of Obama, and the helplessness of the UN all have led to the tragedy of the Brussels terror act. It is time for President Obama to face the failures of his policy on Syria and to take the courageous steps to restore the confidence of all US allies in the region.

If Mr. Obama does not start listening to what the Israelis and the Saudis are saying, more acts of terror against the West are inevitable. US allies know their neighborhood far better than President Obama imagines. We can still save Syria from the clutches of Iran and al-Qaeda if only this President listens to Israel and Saudi Arabia.

Fire in the Hole
Are Assad and Hezbollah Terrorizing Lebanon Again?
How Long Before Assad Sneaks Terrorists to Europe?
Radicalism 567 Slippery Barack Obama 976