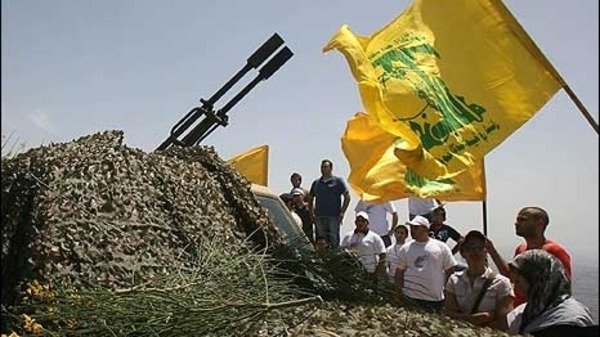 TFS Note: As the U.S. suffered in Iraq at the hands of Assad and the Mullahs, Iran, Hezbollah, and Assad are suffering in Syria at the hands of a popular revolution. Syria will bury them all.

As the Lebanese militia takes over the fight to save Assad’s regime, casualties are rising and so are the risks of overreach.

With Hezbollah increasingly shouldering the burden of the war on behalf of Syrian President Bashar al-Assad’s regime, the Lebanese militia faces the risk of overextending itself and puncturing its carefully cultivated image as an invincible fighting force, according to U.S. and Mideast officials.

Hezbollah units are now spearheading the fight against opposition rebel groups while the faltering Syrian army plays a supporting role. Although the militia is highly secretive about the size of its footprint in Syria, Western officials and analysts believe it has roughly 6,000 to 8,000 fighters on the ground there.

The group also refuses to discuss its losses in Syria, but the numbers are substantial and on the rise. Since Hezbollah began taking part in full-fledged combat in Syria in 2013, officials and outside analysts estimate that roughly 700 to 1,000 fighters have been killed or wounded in battle, a substantial loss for the group.

The casualties in Syria could soon approach the tally from the militia’s 1985-2000 war with Israel in southern Lebanon, in which 1,248 Hezbollah fighters were killed and at least a thousand wounded.

“There’s no question the Syrian conflict is taking a toll on Hezbollah,” a U.S. intelligence official told Foreign Policy, echoing the assessments of several Mideast officials.

But the official, who spoke on condition of anonymity, said Hezbollah remains a resilient force. The militia has built up a vast arsenal of 40,000 rockets and missiles in Lebanon, including anti-ship and Scud missiles as well as surveillance drones.

The militia’s experience in previous conflicts and “continued backing from Tehran underscore its ability to weather adversity,” the official said.

And Tehran could soon have more money and weaponry to relay to the group. If world powers and Iran clinch an agreement on the country’s disputed nuclear program, Tehran would see relief from punitive economic sanctions, which could free up more funds for the fight in Syria, analysts said.

Iran would also be able to maintain, or increase, the roughly $6 billion it sends each year to Assad.

But it was unclear Thursday if marathon negotiations on a nuclear deal would produce a final agreement. During a break in the talks in Vienna, U.S. Secretary of State John Kerry said that crucial issues remain unresolved and that difficult decisions have to be confronted.

“One way or the other, those decisions must be taken very soon,” Kerry said.

For now, funerals are commonplace for Hezbollah militants killed in Syria, and local papers sometimes publish death notices honoring fallen “martyrs” in the war. Pro-Hezbollah websites recently mourned the death of a militia commander, Jamil Hussein Faqih, who reportedly was killed as he led Hezbollah militants near Idlib.

The casualty toll does not represent a crippling blow for the militia, but it does underscore the rising costs of an open-ended campaign for a regime that is gradually losing ground.

“Given Assad’s setbacks, it wouldn’t be surprising if he sought to leverage Hezbollah more aggressively, particularly to stem opposition gains near key sites or regions,” the intelligence official said.

Hezbollah initially sent out advisors to aid the Syrian army after the conflict erupted four years ago. But in June 2013, the group for the first time deployed combat forces that proved decisive in recapturing the city of al-Qusayr near Lebanon.

Initially concentrated along Syria’s border with Lebanon, Hezbollah units are now operating over an increasingly wide area, including in the northwest in Idlib and Aleppo, in the south in Daraa, and even in central and eastern areas, analysts said.

“They’ve shown up in some places pretty far afield from the Lebanese border,” said Christopher Kozak, a research analyst focusing on Hezbollah at the Institute for the Study of War.

To the militia’s followers, Hezbollah leaders have portrayed the campaign in Syria as a life-and-death defense of their bastion in Lebanon designed to prevent Sunni rebels from crossing the border to stage attacks closer to home.

Militia leaders have hailed operations over the past two months along the Qalamoun mountain range straddling the Syrian border as a success.

“We are killing terrorists, and we are protecting Lebanon and the villages in those areas from the same terrorists who are committing massacres across Iraq and Syria,” Hezbollah MP Nawwaf Moussawi told Foreign Policy in June.

But beyond Qalamoun, the results on the battlefield have been mixed.

Al-Nusra Front and other rebel groups have managed to repel offensives led by Hezbollah in Idlib, in Daraa, and near Aleppo, according to opposition activists and analysts.

In February, Hezbollah troops tried to clear out rebels who had encircled two Shiite villages north of Aleppo, but the operation — which was overseen by Iranian Revolutionary Guard advisors — ended in defeat, said Firas Abi Ali, an analyst with the London-based IHS Country Risk group.

Seth Jones, a former advisor to the U.S. military and now with the Rand Corp. think tank, said “the regime and its proxies, including Hezbollah, have lost ground in key areas and have suffered pretty serious casualties.”

With no end in sight and the Assad regime under assault on multiple fronts, the Syrian conflict poses a potential dilemma for Hezbollah and its Iranian patrons as they try to spread their influence across the Middle East.

For Hezbollah, Syria has long served as a conduit for arms deliveries from Iran and as a buffer, providing it “strategic depth” from its arch-foe, Israel.

But the Shiite militia has to balance its need to prevent a Sunni takeover in Syria with retaining combat-ready forces in southern Lebanon to take on Israel.

And the Iranian leadership is gambling that it can emerge victorious from a grinding war in Syria while maintaining large-scale military assistance for Shiite militias in Iraq and sustaining support for other groups, including Hamas in the Palestinian territories and Houthi rebels in Yemen.

“I think that the fear of mission creep is a concern for Hezbollah,” Kozak said.

The militia has tried to pursue its military objectives in a deliberate way in Syria, hoping to avoid unnecessary losses on the battlefield, he said.

“With the kind of methodical pace that they are moving at, they recognize they can’t go full tilt and burn themselves out,” he said.

The militia this month has been concentrating combat power around Zabadani, the gateway to its heartland in southern Lebanon, partly as a hedge in case Assad falls, according to Bruce Riedel, a former CIA officer who served in the Middle East.

Losing the border town of Zabadani would be a massive setback for the militia, as the town lies along vital land routes that link up Hezbollah-controlled territory with Syria. In the past, Zabadani served as a logistical hub used to transport Iranian arms to the militia.

Iran, which backs Hezbollah as well as other Shiite foreign fighters in Syria, has doubled down on its gamble on the Syrian regime, expanding shipments of weaponry, ammunition, and other equipment.

Tehran also has deployed advisors from the country’s Revolutionary Guard force closer to the front, and some have reportedly taken charge of some operations from Syrian army officers, analysts said.

Kozak said Tehran is facing a critical choice: continue using Hezbollah to shield Assad despite the group’s losses or cut ties with its most important ally in the Arab world to preserve the militia’s influence in Lebanon and ensure it remains prepared for a potential future conflict with Israel.

“They’re running a high-risk, high-reward type of path right now,” he said. “If it gets to a point where the [Assad] regime looks like it is on its last legs, then Iran has a big decision to make.”

Will Israel Escalate Its Operations Against Hezbollah in Qalamoun?
Assad Massacres 25 Women and Children in Douma
Thomas Friedman Should Change His Weed
Iranian Terror 553 Syrian Revolution 1349