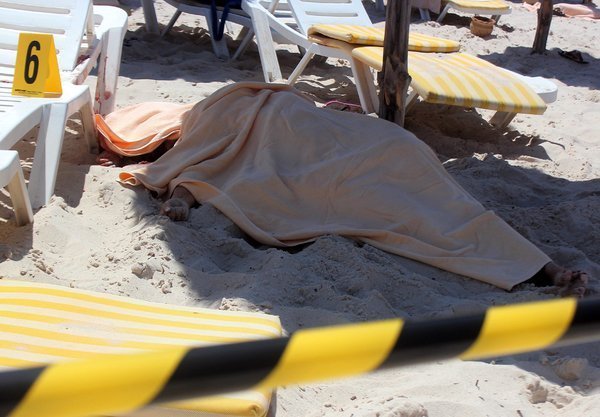 Tourism is Pretty Dead in the Arab World

June 27, 2015 4:04 pm 0
Arab Muscles Are Flexing Against Iranian Terror
Did Arab Enmity Towards Israel Make Us Any Safer?
Angry Arab Countries May Not Be So Patient

If capital is the first to flee risk, tourism must not lag too far behind. After the Tunisian ISIS terror against mostly British tourists, tourism is pretty dead in the Arab world.

Countries that attract the most visitors each year like Morocco, Egypt, Tunisia, Jordan, and Lebanon, their tourism sector will suffer irreversible damage as a result of the simultaneous terror attacks carried out yesterday by ISIS on three different continents. Even France may see its hugely important tourism industry suffer the consequences of ISIS terror.

What few people realize is how deep the ISIS roots have grown since the Assad regime embarked on forming and empowering ISIS.

An attack in Kuwait, preceded by two separate Mosque attacks in Saudi Arabia, another in Tunisia, and the last in France indicate how far spread ISIS sympathizers and killers are. They cover Europe, the Gulf, and North Africa.

With such abilities to terrorize anywhere, tourism is pretty dead in the Arab world. Normalcy has yielded to terror thanks to the Assad regime backed by Putin who must be laughing his heart out watching ISIS wreak havoc upon his enemies.

Fools are those who believe Putin would be willing to stop Assad barrel bombs feeding ISIS with terrorists. Their effect helps him exact revenge upon the West; and the West, with Obama in power, looks as weak and feckless as a fly caught in a spider’s web.

According to UNTWO (UN World Tourism Organization) report for the year 2014, Saudi Arabia received over 15.1m tourists (Hajj season mostly), with Morocco and Egypt not too far behind with 10.3m and 9.2m tourists. Jordan attracted 4m tourists, and Tunisia welcomed over 6m tourists in 2014.

Both Morocco and Egypt rely on over $7b in remittances from their tourism sector, Jordan realizes almost $4.4b and Tunisia collects over $2.3b.

In one horrific act of terror, ISIS may have wiped $21b in revenues for four high-tourist Arab countries. If there was one sign to show how much extremist Muslims harm Islam, here is the best example. More unemployed, more instability, more poverty, and eventually more terror if no one can offer the right solutions.

Tourism is pretty dead and pretty buried after the trifecta acts of terror ISIS committed on this black Friday. At least Western tourism in any of the Arab countries.

Tourism is Pretty Dead in the Arab World

It’s a Shiite Against Sunni, Farsi Against Arab War, Stupid
Today’s Lessons for Future Arab Rulers
Did Arab Enmity Towards Israel Make Us Any Safer?
Radicalism 549