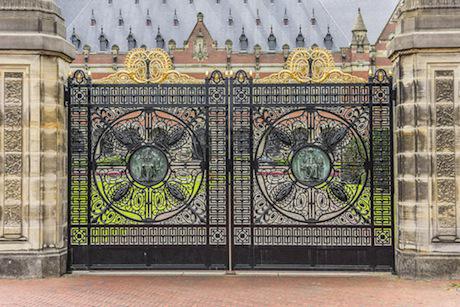 We Need an ICJ Ruling on Syria

Getting the world’s most respected judicial body to weigh in on Syria might not stop the regime from bombing civilians, but it will increase the political cost of continued attacks.

A year has now passed since Russia and China vetoed a resolution at the UN Security Council, proposed by 65 countries, which would have referred the situation in Syria to the International Criminal Court. Back then, 160,000 Syrians had already died in three years of brutal war launched by Bashar al-Assad against his own citizens. Now, 60,000 more Syrians have been killed, and more than a million more have been forced to leave the country.

Russia’s UN Ambassador, Vitaly Churkin, dismissed the UN vote at the time as a “publicity stunt” that threatened peace negotiations. Despite the lack of progress on those negotiations, it seems unlikely that Vladimir Putin is about to allow his Syrian ally to be sent to the ICC anytime soon.

And yet, neither the US nor the UK, who vociferously condemned the Russian and Chinese vetoes, nor any other government, has brought the atrocities in Syria before another tribunal in the Hague that could well address them—the International Court of Justice.

Created in the aftermath of the Second World War, the ICJ, also known as the World Court, adjudicates disputes between states. Unlike the ICC, the ICJ does not prosecute or try individuals. But it is the most authoritative judge of what international law says—and therein lies its power.

The prospect of taking Syria before the world court has already been floated in diplomatic circles, with two potential routes open for action.

First, more than 30 states have ratified the necessary instruments to bring a “contentious proceeding”, or lawsuit, against Syria for the Assad regime’s violations of the Convention against Torture through its systematic abuse of thousands of persons in detention.

Alternatively, the UN General Assembly, by majority vote, could request the Court to issue an advisory opinion on “any legal question” relating to Syria. Such questions, which would ultimately have to be agreed by the Court’s judges, could conceivably include whether, in the course of the civil war, crimes against humanity have been committed by the Syrian regime, and/or opposition armed groups, as well as what legal consequences might flow from such potential findings.

In considering such questions, the Court would have access to the wealth of evidence already gathered by the UN Commission of Inquiry and by non-governmental monitoring organisations, such as the Commission for International Justice and Accountability, a specialised non-governmental investigative unit that has been working for months to build war crimes dossiers against high-level government officials and non-state actors in Syria for such time as prosecution becomes possible.

While the ICJ has taken years to resolve contentious cases, it has issued advisory opinions as quickly as seven months after submission of a question—a ruling on Syria should take no more than nine months.

Would anyone care if the ICJ were to find that the Assad regime had breached the Convention against Torture or other provisions of international law? And even if they did, would anyone do anything?

After all, the UN Charter gives the Security Council—the very body that could not agree on referring Syria to the ICC—the power to enforce ICJ rulings.

And yet, a judgment need not be enforced to have political impact. The Court’s 1986 condemnation of the Reagan administration’s covert war against Nicaragua demonstrated that a key element of US foreign policy lacked legal foundation. The US reaction—withdrawing from the Court’s compulsory jurisdiction—underscored Washington’s political isolation in its approach to Central America.

Similarly, the Court’s 2004 holding that Israel’s construction of a wall within the Occupied Palestinian territory breached international law accelerated a steady erosion of political support across the globe for Israel’s treatment of the Palestinians.

Of course, sometimes the Court’s orders are heeded. Later this year, Hissene Habre, the former dictator of Chad, will stand trial for torture and other grave crimes in a court in Senegal, following an ICJ decision ordering his prosecution.

No one expects that an ICJ ruling would immediately halt Syrian officials’ use of barrel bombs or other outrageous attacks on civilians.

Yet, by adding the weight of the world’s most respected judicial body to the debate, it might increase the political cost of continued resistance—by Russia, China or others—to criminal investigation and prosecution.

By showcasing the breadth and quality of evidence of serious crimes, and by (potentially) finding that senior Syrian figures had breached international law, an ICJ proceeding would make it harder to sweep issues of accountability under the rug in order to secure an end to the conflict.

And it would send a powerful signal to the many victims of Syria’s atrocities that the world will not forget their suffering.

We Need an ICJ Ruling on Syria