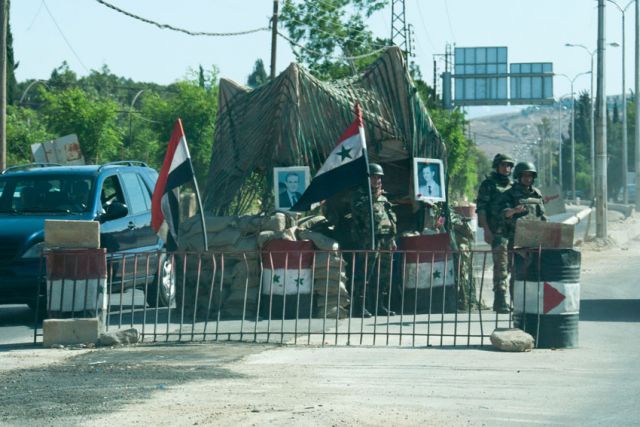 In less than two hours of clashes on Friday, ISIS seized the checkpoints near Sheikh Hilal, a village in Syria’s Hama province.

“The clashes killed 40 government loyalists, including soldiers and members of the National Defense Forces. There’s fighting almost every day in this area, but usually the toll is two or three people. Forty is very high,”

The ISIS militants later withdrew from the checkpoints when it appeared that government forces in the region had called for reinforcements.

The checkpoints lie along a road used by government forces to dispatch reinforcements to Aleppo in the north, where the regime has been battling rebel groups since 2012.

“If they seize control of this road, they’ll cut off the regime forces in Aleppo, since the government won’t be able to send reinforcements or supplies there,”

Protecting the province of Hama – which links Damascus to the government’s coastal bastion of Latakia – is a priority for Syria’s embattled regime, but it has suffered devastating rebel attacks in recent months.

In early March, the rebels killed 63 soldiers in two days of raids on government positions in Hama, and later that month executed at least 37 civilians in the village of Mabujeh.