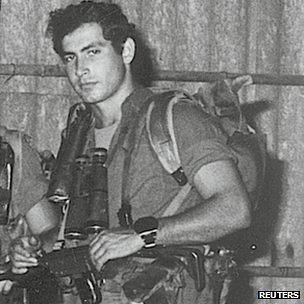 February 9, 2015 12:29 am 0
Is Obama paving for a nuclear Iran intentionally?
Obama’s war against US allies
Converting Muslims into Jews

Ever since both houses of the U.S. Congress invited Prime Minister Benjamin Netanyahu to address them on the dangers of Iran and radical Islam, people have been trying to cook something up against him. The accusations began with Netanyahu being blamed for doing an end-run around the White House, which wasn’t informed that he had been invited, and thereby endangering our relations with the United States. The New York Times and its satellites led the combined attack. And now The Times had to publish a correction saying sorry, we made a mistake (and so misled you) — the White House was in fact informed, and only afterward was the prime minister invited.

It also turns out that the protocol of inviting Netanyahu to speak had not changed from the previous time, in 2011, when Rep. John Boehner invited Netanyahu to speak before Congress. Then, too, the White House was informed and chose not to respond, apparently because of President Barack Obama’s own election considerations. The American president convinced his fans that he doesn’t want to interfere in the Israeli elections, but in fact his adviser is here, consulting for left-wing organizations.

So who was marketing the lie that Obama hadn’t been informed about the Netanyahu invitation — a report that prompted a witch hunt we couldn’t escape? The inevitable conclusion is that the responsible parties come from Obama’s inner circle.

Professor Jeffrey Herf of the University of Maryland, an international expert in Nazi propaganda prior to and during World War II, knows a thing or two about superpowers’ efforts to stop evil regimes. After Jeffrey Goldberg published the White House curses against Netanyahu two months ago, Herf described the president’s behavior toward the prime minister as “trash talk diplomacy.”

“In October … the conduct of the foreign relations of the United States of America reached a low point when an anonymous ‘senior Obama administration official’ … called the prime minister of Israel a ‘chickenshit,'” Herf wrote, characterizing the tactic as “trash talk diplomacy” that he assessed as damaging to U.S.-Israeli relations, particularly when it came to stopping Iran’s race toward a nuclear bomb.

In short, Obama’s strategic move was not aimed at Iran, but rather toward Netanyahu, and this was nothing new. This move was what put the well-being of the free world at risk, not Netanyahu’s speech before Congress, which is intended to do just the opposite.

The Weekly Standard once described this as a strategy invented by Obama’s former adviser David Plouffe called “stray voltage.” It involves creating a media event that turns a minor subject into one that everyone talks about — the old tired nonsense that Netanyahu’s speech endangers Israeli-U.S. relations, for example — so they won’t busy themselves with Obama’s failures on Iran and radical Islam. Similarly, Secretary of State John Kerry misquoted Mossad head Tamir Pardo, making it seem as if the latter disagreed with the prime minister and believed that sanctions against Iran shouldn’t be increased, which Pardo himself refuted. This is how the method works, with the complicity of the media. Anything to avoid taking a stand against the evil Iranian regime.

National security does not begin and end with elections. Netanyahu didn’t just start working against a nuclearized Iran. It looks like he understands better than Obama and the president’s advisers just how serious the situation is. That’s why he was invited to speak. Here, just a few days ago we were informed of harsh, surprising criticism of Obama by senior European Union officials, who complained that he was looking to reach a bad deal with Iran and keep it on the verge of developing nuclear weapons in exchange for a few years’ quiet.

There are no games in matters like these. If it’s necessary to beat down every door and turn over worlds to prevent the insane Iranian leadership from getting a nuclear bomb, that’s what will be done, even at the cost of complicating relations with Obama. Congress understands that, and the citizens of the U.S. understand that. During World War II, the world was silent, and American Jews were ashamed to cause an uproar over what was happening to their brothers in Europe. Today, too, there are a few court Jews who are ashamed of us. They recall the German Jews of the late 19th century, whom the Zionist movement disturbed from assimilating into German society. Zionism portrayed them as having double loyalties and Palestina as their true land. We don’t live by their dictates. Jews will no longer stay silent. Go, Bibi, go.